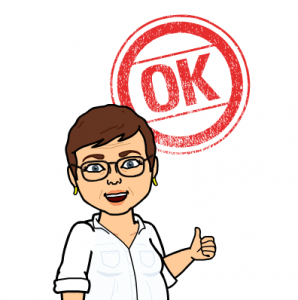 So, clearly, the blog has not been a high priority. I’ve been just the tiniest bit busy.  I promised an update here and I did not deliver in a timely manner. My apologies.

I am honored and blessed to have been invited to be considered for settled ministry at The Unitarian Society: a Unitarian Universalist Congregation of East Brunswick, NJ. Beginning Saturday, I will spend nine days with the congregation in all manner of gatherings. Yes, we will gather together on Sunday more to worship and I just might play an important role in that activity, but we will also gather for a Mystery Pals luncheon, and I will hang with some Buddhists and with some humanists.  I will spend time with young ones and older ones and ones in-between.  With folks whose passions run the gamut from social justice to finance to worship to welcoming. I will eat lots of food with all sorts of folks, including the Women’s Group and all manner of committees. There will be art, there will be minor league baseball, there will be walking on a boardwalk, there will be something both spring-y and sensational.

This is not a done deal, which I mention out of my respect for Unitarian Universalist polity and the power of the people in choosing their minister. At the very end of our nine days together, after the second time I have preached in their beautiful sanctuary, I will remove myself from their presence and they will participate in this, their corner of the vast universe, by voting to call me as their minister.

Margaret Wheatley, quantum theologian, says that there is a “participatory nature of the Universe” and I concur. It is in our nature to participate, to co-create, rather than be acted upon, to only be recipients (or only be enactors). So when a Unitarian Universalist congregation participates through a democratic process that requires its members to show up and cast their lot (or not) with a new minister, this is the same energy as when a new quasar is being born.

Before we get to that last thing, mostly what I am looking forward to (besides all of it) is the chance to get to know people. The chance to hear stories of peoples’ lives. I was recently re-listening to an interview with the Civil Rights activist Vincent Harding and he said this about our human need for storytelling:

There is something deeply built into us that needs story itself. That story is a source of nurture that we cannot become really true human beings for ourselves and for each other without story. And to find ways in which to tell it, to share it, to create it, to encourage younger people to create their own story.

I know that I won’t retain all the stories, but I do believe that traces of everything that is shared with me will stay with me as we begin to build our shared ministry together. I have learned about myself that typically I must hear something at least twice for it to stick in my brain. I have moved away from chastising myself for not getting things sooner, to laughing with myself that it’s just the way my brain works.

So a couple will end up telling me more than once how they met. And though some names and faces will stick, not all of them. I know I won’t remember at all what town folks live in, because the geographical context is an unfamiliar terrain. Still, I have great confidence that even if I don’t remember which committee a person sits on, or which pressing issue keeps them awake at night, the spark of connection that we make will be easily rekindled so that our next conversations and next encounters will catch fire all that more quickly.

And perhaps the stories we make together, in the coming years, will burn with the brightness of a thousand suns. May it be so.