O, Oracle of Wikipedia! I beseech thee! I am unknowing and seek your wisdom: pray tell me, what meaneth “Ides of March”?

It turns out that in long-ago days before the Roman Republic became the Roman Empire, on the earliest calendar, before even the Julian calendar in which March is the third month, the Ides of March would have been the first full moon of the new year. So whether you knew it or not, today – well, a today of millennia ago – marks the new year. 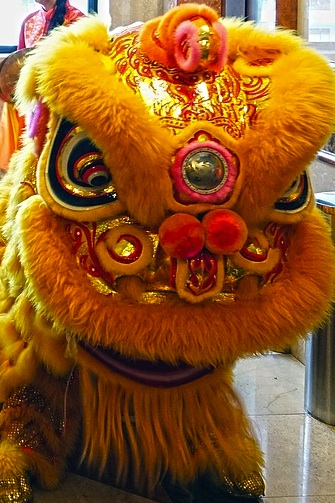 Which is good, since we have the Lion dancers with us, for they, too, mark the new year, though it is a different kind of new year, but still one based on the calendar of the moon. This lion dance is a ritual that has been observed by Taoists and Buddhists and others for over a thousand years. Typically, it marks the Chinese New Year, which was when they were originally scheduled to be here, about a month ago, but sometimes, new starts are postponed.

The lunar calendar gifts us with the fluid movement of dates Jewish new year, Rosh Shoshanah, and the Muslim new year, Muharram, both of which dance around our standard calendar year – January 1 to December 31. 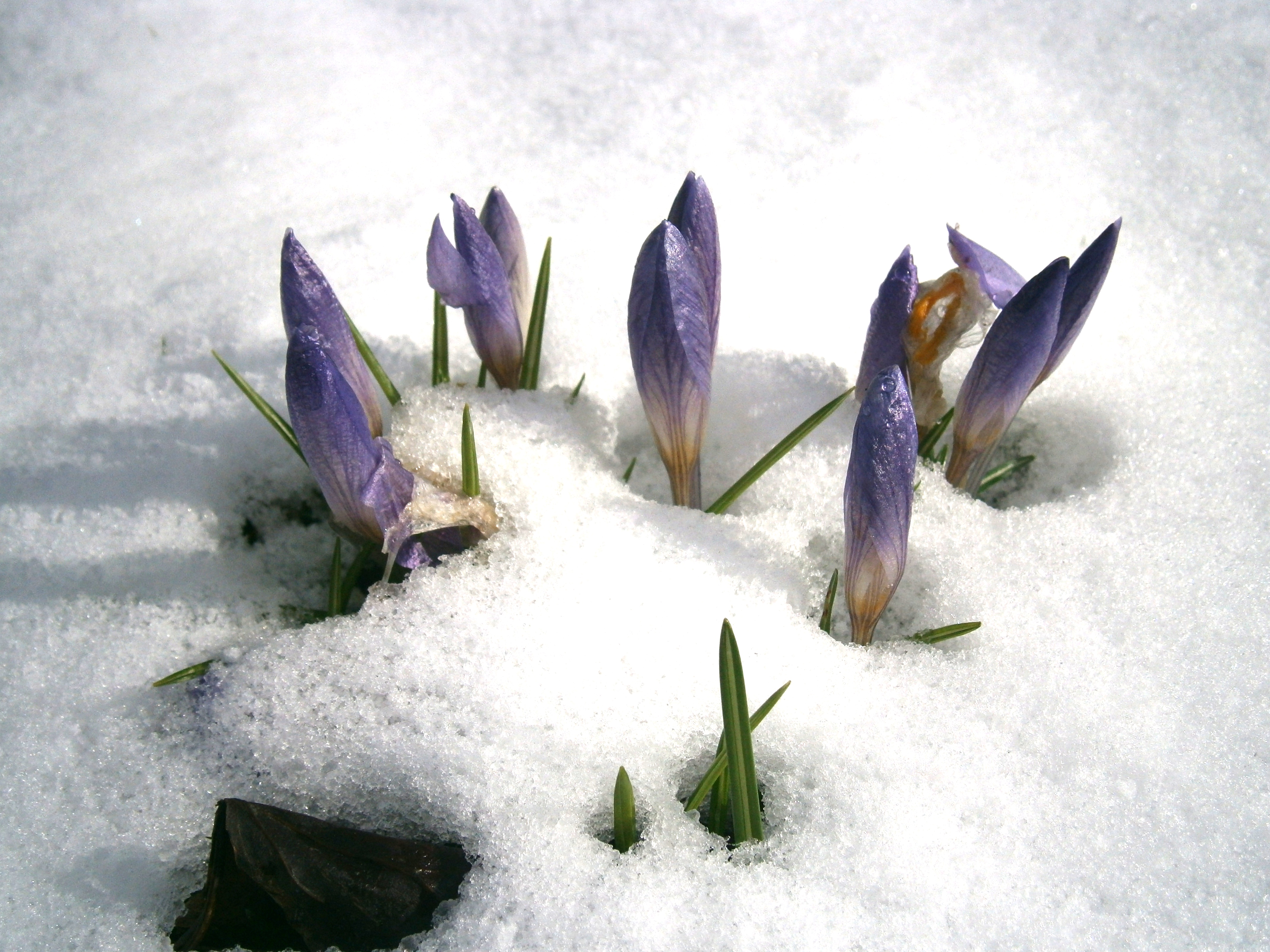 that we see out the windows, spring is nearly upon us and officially comes on Friday, so we sing these hymns, as a sign of new life, new lease on life, rebirth, the start of the new seasonal cycle.

Not to mention we are a few short weeks away, with Easter soon upon us, from a new beginning that had its start with a rather heart-breaking ending.

So many new beginnings in any given passage of 365.25 days!

And what about those fiscal years, like the federal government with its October 1st start? And those which begin July 1 – like the Commonwealth of Massachusetts or October and this beloved place?

Then there’s September, which starts off the academic year. And the unique UU church year, with a start the first Sunday after Labor Day (unless you are on Nantucket or Martha’s Vineyard).

On the radio just the other day, I heard of another new beginning close to home: the story of Groton’s own Blood Family Slaughterhouse that after their devastating fire, they are starting again, too. The public radio reporter described this local business, known to treat the animals with compassion and respect before meeting their end, is held with affection by their wider community, and supported as they make their new start.

Beginning and ending, ending and beginning, all mixed up, distinct, but inseparable. The words of T.S. Eliot from our earlier reading echo here:

What we call the beginning is often the end

And to make an end is to make a beginning.

There are always transitions in our lives: something ends, something begins. Sometimes there is warning, some ability to anticipate and at other times, it just knocks us flat on our backsides. Something we thought was starting, peters out. Something we longed for to end, just keeps on going.

Life is messy, curious, tragic, startling that way. Beginnings and endings, endings and beginning, all mixed up into one vibrant, turbulent, creative mix. It always will be; it seems the nature of things, for it turns out, it always has been, too.

Our Puritan ancestors made a new start in the so-called New World. Not just a new year, but a new life. And a new church.  Or a new kind of church.

Perhaps you remember this from your high school history class. Or perhaps it is new information to you: back in England in the 1600s, disallowed from listening to the new and creative preachers who were being precluded from serving their own churches, but were preaching in town squares and giving Thursday evening lectures, the Puritans either decided to leave in order to create new churches – ones without bishops.

They came to this continent, not wanting a change in theology, but a change in authority and a change in how the church, which they understood to be the body of Christ, was structured. They wanted to create a church – free (they hoped) from the hypocrisy of hierarchical leadership and censorship that they experienced in England.

They called it a free church.

Many of these churches were formed by people who knew each other back in England and who had already spent time figuring out what it is they wanted to create in this new beginning. Perhaps, after this service is over, one of you can tell me if that was true of the folks who settled this parish back in 1666.

In Dedham, Massachusetts, about forty miles from here, people gathered nearly thirty years earlier than the Grotonites. They gathered to create a new church and did not know each other so well – they came, as the record shows, from “divers parts” of England. Since they were starting anew, creating a free church without a blueprint from the Old Country, they spent time – lots of time – imagining the church.

They talked – lots of talk – developing their vision. One member, John Allin, kept copious notes. Though other churches forming in that era might have gone through a similar process, the records that Allin kept are, to say the least, ample, and have survived.  So what we know, we know about Dedham.

I want to express my modern day gratitude for these Dedham ancestors. Not only for this thoughtful, considered process, but also for the other thing for which they are perhaps more famous: they are that church where the “Dedham Decision” was made, which led, eventually in 1833, to the separation of church and state.

From their history, we can tell that the good people of Dedham talked for months and months in the years 1637 and 1638. Anticipating the needs of his future spiritual descendants, Allin wrote a narrative of the efforts of his people in building an animated, relevant religious community. He thought that such a project would not end, but would continue, and that future people – that’s us – might benefit from knowing what came before us.

For those of you whose thankless responsibility it is to take notes at all our various meetings, may you be gladdened that your efforts may serve future folk of this congregation and others. And for those of us who do not take minutes, but benefit from them, let us be sure to express our thanks to those who do.

In the very first paragraph of the narrative, Allin wrote of why he was recording for posterity’s sake. It is in “old speake” so I will translate afterwards:

“for future ages to make use of in any case that may occur wherein light may be fettched from any examples of things past, no way intending hereby to bind the co’science of any to walke by this patterne or to approve of the practise of the Church …”

He did not record his church’s decisions that we might stay loyal in letter.  He was not trying to grasp with an iron fist from the past into the future. His gift is one offered as an act of affection.

I remember when I first learned that we Unitarian Univeralists are descended ~ particularly through the first U ~ from the Puritans. It made no sense to me. Those people, as best as I could remember from my high school history class (which was on the West Coast, so did not give the topic the same kind of due it is given here in Massachusetts) were dour and theologically conservative. In modern parlance, we might call them “judge-y.” Weren’t they responsible for the Salem Witch trials? (The answer is yes, but that is another sermon.) It was hard, and still is, to see the family resemblance.

I’m pretty sure that if any one of them, including our new friend John Allin, were to be alive today and see what has happened with their congregations they would feel similarly.

This is where the brilliance of UU minister and historian, Alice Blair Wesley, comes in. She combed through all the historical documents related to the founding of the church in Dedham and ~ you might have to take my word on this ~ presents them in a way that is enjoyable to read.

For example, she discovered that even though we might suppose “our 17th century free church ancestors talked mostly about original sin, predestination and hellfire” she found that “not one of those topics is even mentioned in the record of the founding of the Dedham Church.”

Ah! The inkling of a resemblance: theology – traditionally defined as what we believe about the nature of god – may well be important, but it is not the central measure for why we gather.

She goes on to note that they elected their officers – a snub to those bishops back in England – and so we see ourselves again in this historical mirror: we choose our leaders, not leaving it to some outside hierarchy.

This was a whole new beginning.

As Wesley culled those ample historical records, she noticed that there was much use of “these words: reason, reasons, reasoned, reasoning, …” So we see the beginning of the inclusion of reason, not just tradition, as the authority for making religious decisions.

We take this for granted now, but there was a time when reason was not the primary tool within religious communities, be they Catholic or Protestant. Tradition. Scripture. Not reason. But here it is beginning to show itself. Another new beginning.

The biggest surprise of all? The most-used word by these judge-y, conservative, Original-sin infused peoples, appearing 32 instances within the first 24 pages?

They, too, began again in love. They laid the groundwork so that we, and other Unitarian Universalist congregations across the land, might rightfully claim,

Love is the spirit of this church,

and service is its law.

This is our great covenant:

To dwell together in peace,

To seek the truth in love,

And to help one another.

These words by James Vila Blake, which you will find in the grey hymnal (#473), are so resonant with our past, our present and our hopes for the future, that many UU congregations across the continent claim this not just as their birthright, but recite it as a part of weekly worship.

Those lay folk (and possibly a few ministers ordained in England and needing to be re-ordained in the new free church) in Dedham began anew, began in love.

With the end of old church must come some new way to accomplish the worthy tasks of being a religious community – they knew they needed a new way to structure their church, but they also knew that it could only be true, only be authentic, could only be real, if they began anew in love.

So may it be true for all of our endeavors.

May we begin again in love.