Furtive Movements: The New Jim Crow Over & Over (part I)

Maybe you were like me when the George Zimmerman trial was going on, shocked (not necessarily surprised) that the defense would come up with something so totally messed up as to say that Trayvon Martin was not unarmed because he used the ground upon which he was standing (and defending himself against an unprovoked aggressor) “as a weapon.”

In case you missed it then, or want to be reminded, here it is, described in an article from The Daily Beast:

Martin, who was on his way to his father’s house after buying a bag of Skittles candies and a can of drink, was not unarmed, said [Mark] O’Mara [defense counsel]. He was armed with a concrete sidewalk, on which he slammed Zimmerman’s head.

It drove me crazy.  Certainly, this must be an oddity.  A freak of the legal system that was just one element that fed the whacked ultimate findings of that court that acquitted Zimmerman.

Just this week, I heard on the radio a report about young Black men killed by police officers.  The report was based on an investigation conducted by the intrepid folks at ProPublica (winner of 2010 and 2011 Pulitzer Prizes).

Lots of bad news and overwhelming evidence for racist trends and patterns.  Again, shocking (I never want to lose that sense of shock), but not surprising.

I knew there would be a heart-achingly, enragingly higher risk for men of color, but I would not have guessed at that number.

As if that were not bad enough, the thing that took my breath away, despite my cynical stance on these things, was that in at least one case, one police department (NYPD) when providing documentation after a police officer shoet and killed someone, they noted that the now-dead suspect had as a weapon, “furtive movements.”

Not as a precursor to gaining access to a weapon.  Not as a reason that drew the police officer’s attention.  Listed as weapon.

Just so we all are clear — especially those of us (me included) with race privilege who have short attention spans and big blind spots – this is not a modern-day invention. There is history here. Far too much history. 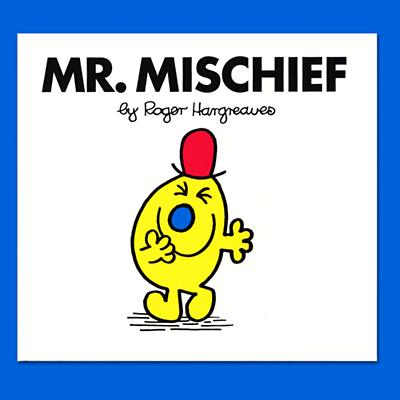 For example, in Michelle Alexander’s The New Jim Crow: Mass Incarceration in the Age of Colorblindness, she describes the era on the hinge of Reconstruction being abandoned (federal troops were pulled out of the South) and the era of “Southern Redemption” being firmly, brutally established.  Racialized vagrancy laws were continually defined and refined to make mundane activities into criminal ones. “Mischief” and “insulting gestures,” were made into criminal offenses.  You can view a “book trailer” (about 3 minutes long) to get to know Alexander’s book’s premise here.

The folks over at this blog I was newly introduced to — Interracial Jawn (self-described as “an interracial couple discusses pop culture, tv, movies and current events from their unique perspectives as a very white guy and a mostly black woman”) – put together this informative Ferguson Flashcard (it’s #3). 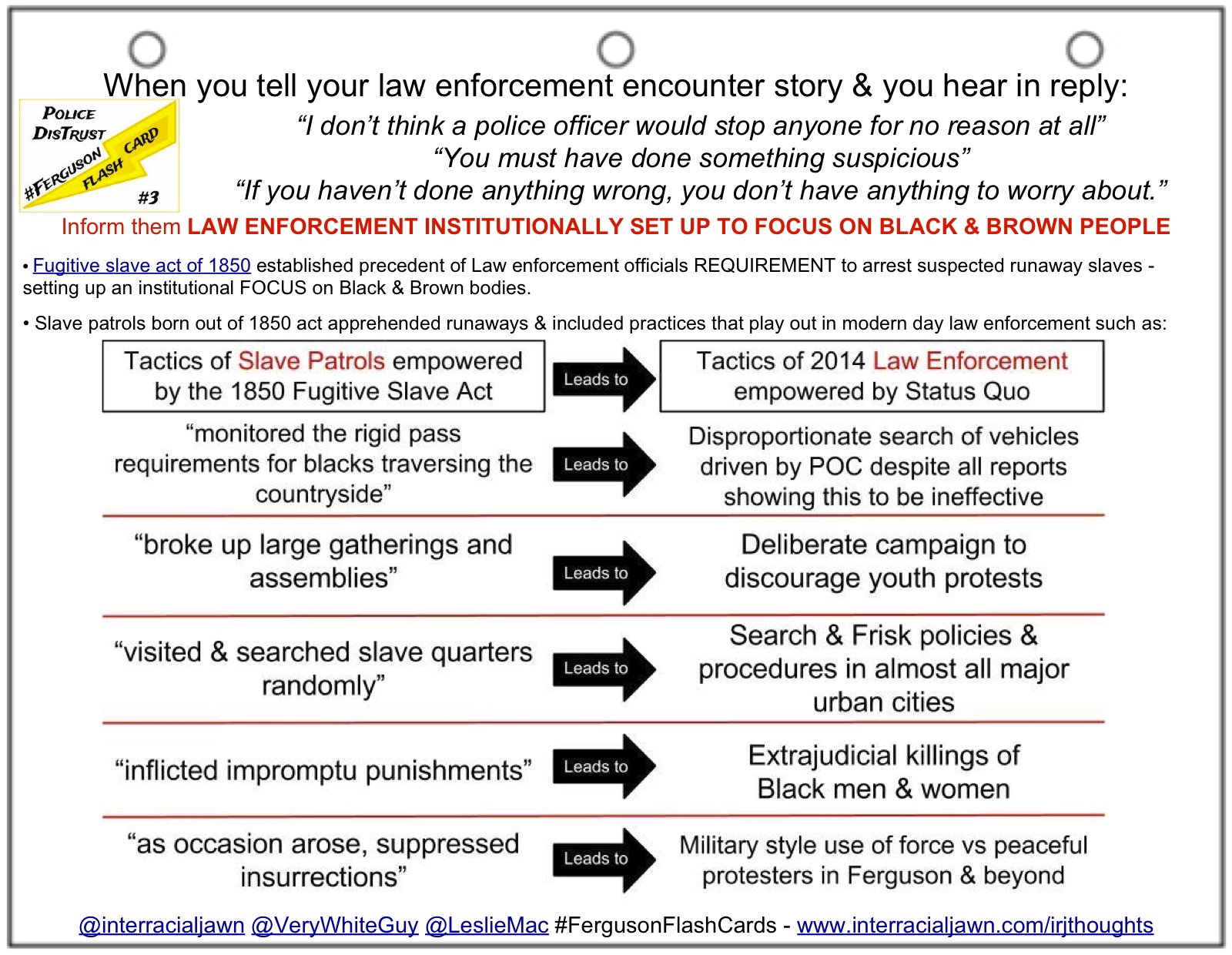 used with permission of the authors

You don’t have to agree 100% with the analogy to still see the truth of what their flashcard reveals: never was it true that electing a Black president meant the end of racism in this country.  This is not about individuals and bias.  This is about systemic racism that continues to infect our nation.  It is not easy to face; it is even harder to endure.

We are called, as people of faith and people of conscience, regardless of our place in this culture and nation, to not turn away and do what we can to undo this and make the world new, standing (and sitting and leaning and laying) on the side of love as we do.

1 Response to Furtive Movements: The New Jim Crow Over & Over (part I)