Not all that long ago I was reading (= listening while driving) to Parker Palmer’s Healing the Heart of Democracy. In it he offered up a solution to the loss of mutual connection that undermines the democratic essence of our nation. It is not, by the way, convincing the electoral college to vote their conscience. 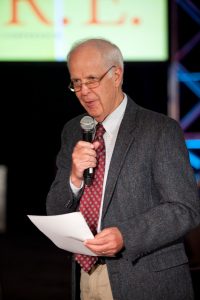 Palmer wrote Healing the Heart of Democracy starting in 2004; it was published in 2010. And though much of what he observed and feared continues to come true, he was not speaking specifically to our current darkening days of democracy.

His solution is not direct, but it is deep.   On the face of it, it does not seem particularly political; in fact, it is deeply political, as in “the political is personal” school of encountering the world. In that liminal place where politics and spirituality meet.

His suggestion: walk on sidewalks.

There surburbanization of America has many critiques. Too many to enumerate here. Plus, it would be dry and boring. Suffice it to say the suburbanization of America has contributed mightily to the demise of America as it was once known: folks knowing each other and growing a mutual sense of skin in the game for our collective survival. (At least, that’s how the myth goes, and I think it was true in pockets, though often those pockets could not extend this sensibility beyond their own pocket.)

Personally, I feel a new and visceral understanding of this critique. I recently moved to an intensely suburban area: Central New Jersey. This, after having lived in an intentionally community-focused area for the past two decades. These past few months, I have been swimming in culture shock, observing with curiosity and navigating my new home with tinges of old-home-sickness.

Parker may not have been the first to propose this solution or to make these observations. He is, however, the first from whom I have heard it: suburban sidewalks are spacious and relatively uncrowded. There is no need to accommodate the shared public space with others, or at least not on any consistent basis.   Perhaps here and there one must step to one side or the other to allow a jogger by or to let a stroller continue on its way. But generally, one sets one’s own pace; one is the master of one’s own sidewalk domain.

Not true of urban sidewalks. The pace is constant flux. This is due not only to street intersections, but to the need to adapt to those around, choosing deference, resistance, or assertion as one dances with the many others who are fluidly claiming their momentary space on that slab of concrete. Movie images of this phenomena reflect a single collective organism, shifting and moving, typically forward, even if that forward is at least four different directions, (if not more).

Palmer suggests that the advent of Suburbia and its sidewalks is part of the wider erosion of our democratic foundation in this country. He suggests walking on urban sidewalks serves democracy well. He encourages us to take it up, as a civic practice, as if a spiritual practice, providing us the opportunity to practice negotiating our “life in the company of strangers.”

“All forms of life together—from intimate personal relations, to the family, the workplace, and civil society—require us to learn to dance with others while stepping on as few toes as possible! Simply walking down a crowded city sidewalk—and learning that we can reach our diverse destinations without slamming into each other IF we know how to dance—is a subliminal lesson in what it takes to make democracy work.”

I am reminded of a quote in Rebecca Solnit’s Field Guide to Getting Lost. It is a about getting lost – not in the woods, not in the wilderness, not on the tundra but purposefully, deliciously, in a city. It comes from Walter Benjamin:

“Not to find one’s way in a city may well be uninteresting and banal. It requires ignorance – nothing more. But to lose oneself in a city – as one loses oneself in a forest – that calls for quite a different schooling.”

Since I now live within striking distance of New York City – an hour’s train ride away – “the greatest city in the world,” according to the Broadway musical, Hamilton, perhaps it is time for me spend some time walking the sidewalks there.

New York has never been a city that has called gently to me. MYC more like taunts and daunts me. It is where, after having left the home of my growing up over three decades ago, I feel most keenly that I am a girl from rural Oregon.

Yet, since I moved here, work has brought me into the City every other month. And as I write these musings, I am sitting at a bar in the Theatre District, a smooth Bourbon at hand, waiting for friends before we go see an off-Broadway play. The walk to this place from Penn Station was crisp – it is mid-December and the wind was whipping around – and I could have chosen the subway.

Instead, inspired by Palmer’s observations, I walked. Fifteen blocks of joining the dance – the democratic dance – of pressing forward, deferring to both metal-deathtraps-on-wheels and humans whose pace – either in its aggression or its not-moving – required agile adaptation.

Perhaps this once-rural girl, now living in suburbia, will seek out more opportunities to practice these small, evocative acts of democracy.  Perhaps I will lose myself and find some new pathways to deeper democracy.  And such a simple, mundane act may turn out to be one of both resilience and resistance.