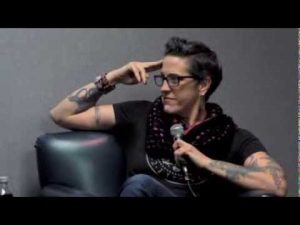 One of the rock star ministers of our time is a woman named Nadia Bolz Weber. She’s tall (6’ 1”, I believe), has arms covered in tattoos, and is not only electric in her delivery, she is wise and knowledgeable, hard won not only by attending seminary and a stint as a stand-up comedian, but from her experience as an addict and then in recovery.

She is not Unitarian Universalist though in her youth, she tried to become one. She looked into her own soul and felt it was far messier than anything we were proclaiming. She looked at the wreckage of human history, the evil perpetrated by human hands and felt dissatisfied with what Unitarian Universalism had to offer. She knew we humans are much more broken than either our focus on individual worth and dignity or our rather thin theology on the nature of evil.

So she found her home in the Evangelical Lutheran Church of America and has moved that Christian denomination in progressive directions it would not have gone were she not there. She started a congregation in her living room called The

House for All Sinners and Saints. It has grown by leaps and bounds and now meets in its own building in Denver, since it now has over 250 members and scads of visitors every Sunday.

Why am I telling you about this congregation two-thirds of a continent away from us? In her book, Accidental Saint, Rev. Bolz Weber wrote this:

“It’s my practice to welcome new people to the church by making sure they know that House for all Sinners and Saints will, at some point, let them down. That I will say or do something stupid and disappoint them. And then I encourage them to decide before that happens if they will stick around after it happens. If they leave, I tell them, they will miss the way that God’s grace comes in and fills in the cracks left behind by our brokenness. And that’s too beautiful to miss.”

In fact, I have said it to some of you, in some of our one-on-one conversations or in small groups. And I said it to you the day you called me. Back in May, Nils, one of our beloved children, he bravely said what is true for so many of us and is true for me. During the Time for All Ages, I asked a question, and he put up his hand to answer it, and then, when I called on him – do you folks remember this? – he changed his mind, saying that he was afraid of getting the answer wrong. Man oh man, I fell in love with Nils and with you all in that moment: because that is me on a daily basis: I’m afraid of getting it wrong.

The only saving grace I have found about that heavy weight of fear of doing something wrong, of not having the right answer or even worse, having the exact wrong answer, is the strange paradoxical true truth that I will get it – will get some thing… some things [plural] — wrong. It is inevitable.

More pointedly, how do you learn to trust a new minister? 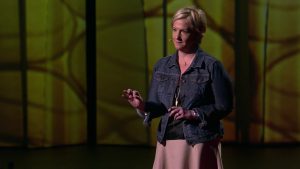 Some of you in the room have likely heard of Brene Brown. She is a professor of social work, author of research-based, best-selling books and famous because Oprah Winfrey has shown her bright light in Brown’s direction. There are some (including me) who critique her messages as missing an analysis of cultural oppressions like racism, classism or homophobia.

Yet there is useful material for us as we imagine our shared ministry going forward. In her work called the Anatomy of Trust, Brown developed a mnemonic to help define the essential elements of a trusting relationship: B-R-A-V-I-N-G.

B stands for Boundaries. Clarity about the limits we have, honoring them rather than apologizing for them.  Respecting not only the boundaries of others, but our own. Saying yes when we can say yes, saying no when no is our answer.

R stands for Reliability. Trust is not given; it is built over time. I start by doing what I say I am going to do. But to earn your trust, I then must demonstrate reliability: do what I say I am going to do over and over. Brown talks about marble-jar people – each time someone is reliable, it adds a marble to the jar of your trust, and when they don’t, it takes away a marble or two. In trusting relationships, we want to build up our marbles in each others’ jars so that when those inevitable moments come when we mess up, there are enough marbles in the jar to keep us in covenantal relationship with each other. It is my intent and goal to be your marble-jar minister.

A stands for Accountability. When I make a mistake, it is reasonable that you expect me to own it, apologize for it, and make amends. Again, this is a two way street, or a multi-way avenue, and essential to our being in covenant with each other. It poses the question, “Can we be with the discomfort of accountability (‘cause it sure doesn’t feel good to be called out or into community sometimes) and come out on the other side to deepened trust?” This is a hallmark of a healthy minister, a healthy congregation and avoidance of it, a sign of an unhealthy one.

V stands for Vault. This is a dual-faceted concept about confidentiality. As your minister, what you share with me in our pastoral encounters, I will hold in confidence. Not everything you tell me as your minister is told to me in confidence. Yes, pastoral issues – issues close to your heart, about yourself, your family, your health, your struggles.

However, if you have a concern about how a program is run, what a staff person is doing, a decision-making process in the life of the congregation, it’s my job to help the congregation attend to those concerns and to foster direct and clear communication. This may mean that I will share your concern with leaders who are responsible for that aspect of our collective life, and because anonymous comments are a hallmark of an unhealthy congregation, that communication will most likely have your name attached. Often, I will help you to share your concern directly yourself.

So that second facet of the Vault is choosing not to engage in what is commonly known as gossip – talking about other people when they aren’t around. When it comes to congregational dynamics there is a different word for this: triangulation – sharing things about someone with someone else, when we should be engaging in direct communication. Triangulation is often a way that folks avoid conflict, but, in fact, it deepens it. I’m not sure how much we as a congregation need to pay attention to this – I’m still learning how that plays out here, but nearly every congregation has some degree of it.

I stands for Integrity. Brown has this definition: choosing courage over comfort; choosing what’s right over what’s fast, fun, easy; and practicing values not just professing them. That just might be a sermon in its own right.

N stands for Non-judgment. The concept here is that we create an environment where we can ask for help without being judged. It is related to the last letter:

G which stands for Generosity. In all our interactions with each other, the goal is to assume the most generous thing about each others’ words, intentions, and behavior. This is something I pledge to practice, and invite you to call me into community, should you experience me doing otherwise. 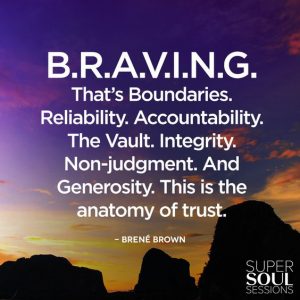 So if trust is what we are aiming for, we are fortunate, even blessed, if we get there, but surely along the way we will encounter disappointment. We humans are weird that way.

Pema Chodron, widely known in the West even outside Buddhist circles, suggests that we would be wise to apply a practical approach to the experience of disappointment by getting to know it up close, exploring it, and seeing how it colors our perception of reality. Another Buddhist writer (Judith Simmer Brown) suggests that rather than it being the end of possibility or the end of a relationship, in fact, “disappointment could be the beginning of a true relationship. There is a kind of loss of innocence in disappointment, which can lead to the appreciation of the [person] for who [they are] —beyond fantasy.” 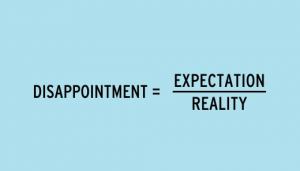 That same writer said that not acting on disappointment, but just letting it pass through us, requires “a certain amount of bravery.” I think that’s why I chose that quote by Maya Angelou about courage that is in your order of service. I think that’s why Brene Brown, when teaching about trust, chose BRAVING as her memorable acronym. Being brave, having courage – these qualities in the face of disappointment allow us to move through disappointment, rather than allowing it to lead us.

So this is my ask of you: notice your disappointment. Don’t suppress it. Don’t turn it into an invisible elephant in the room. And for godsake don’t feed it or plug it in to some electrical outlet like a giant lawn ornament at Halloween or Christmas time. Notice it. Bring curiosity into the equation: Where does it come from?

Have you ever noticed that our expectations of new lovers or new friends are influenced, sometimes strongly, by our experience of past lovers and friends.   Same thing with ministers. Sometimes we are hoping for someone nearly the same, sometimes for someone exactly the opposite – either one is a reaction to the past. The heart can’t help but compare, but such comparisons – particularly when they are not conscious — are bound to bring disappointment.

In such cases, the guidance starts similarly. Notice the disappointment, feel it, be curious about it, let it pass through. But don’t stop there. Speak up. Tell the truth as you know it. Be sure you are heard. This too requires courage. This, too, requires being brave.

This is what I can promise: I will mess up. I will get it not right. Not on purpose. Not maliciously. But because right all the time isn’t possible. Because right for you isn’t right for you.

I will mess up because I am new at this but also because even long-established ministers mess up – we’re just weird that way.

Sometimes I will not get it right, and not on purpose, not intentionally, but it will turn out that exactly that mistake, that “failure,” that risk will be what we need to learn what we need to know to move forward or to revisit some old understanding that had become calcified, but now, because of the mistake, because of disappointment, will lose its hard outer shell and become once again raw (ouch) and then supple, allowing new growth, new understanding. 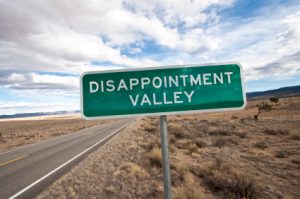 And if we can stay together in the midst of this, much like Nadia Bolz Weber says, much like Buddhists say, if we can grow our capacity to understand that disappointment is inevitable, we might find we are further on the road to developing generosity, compassion, accountability, and deeper relationship. On that road, each of us individually and all of us as a congregation, just might encounter a growing spiritual maturity, a growing capacity for navigating the rough and fruitful waters of conflict, and a growing potential for us to know our purpose in this world, to embody it, and to live our faith out loud.

And whether it’s divine grace that fills in the broken places, or our living into our covenant that deepens our connections with one another, it’s too beautiful to miss.

Moffit, Phillip. Living with Disappointment, http://dharmawisdom.org/teachings/articles/living-disappointment (an excerpt of this was used as our reading prior to the sermon)