Let me begin in gratitude. Gratitude to be with you today. Gratitude for the air we breathe, the land upon which we find shelter. Let me offer deep thanks to all those who have lived out their lives on this land, beginning with those people who lived here before the Europeans – a people called the Lenape. Let me say thanks to those who built what would become this nation, those free and those not free (for New Jersey was the last of the colonies in the North to abolish slavery). Let me speak with gratitude to those who came much later, who built this religious home, who imagined the whole of you and your need for this place, carrying the future forward. May we as a gathered people be worthy of all that is placed in our care. 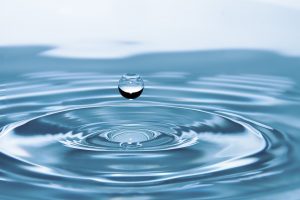 Sacred water: life source – how we swim in it before we are even born, how it sustains so many creatures, including abundant plant life that keeps the planet breathing. Water – still or moving, fresh or salt – bringing balance to this planet. Water sculpting beauty into our geography, into our topography. Water: how we humans are made mostly of it – on average, 60% for adult humans; little babies: closer to 75%.

In my family, there’s a favorite episode of Star Trek: The Next Generation. The Enterprise crew encounters something they fail to recognize as sentient because it takes crystalline form. Eventually, they figure out the crystal is alive.   Using their universal translator to communicate, they discover the being is not only sentient, but hostile, calling the humans, “ugly giants bags of mostly water.” There was a least a good year where we in my household had to pay attention to whether our use of that term – “ugly giant bag of most water” was spoken in good humor or was veering towards unkind territory.

For it is true that not all water is life-giving or life-sustaining. Think of the water in Flint, Michigan, a city that has seen more than its fair share of economic devastation and racially-based red-lining in banking and housing: now public water laced with lead, at first unknown, then known by people in power, some of whom allowed this travesty to continue until the courage and persistence of a local pediatrician forced the issue into the public sphere. Now, over a year since it hit the news waves, the water is still undrinkable: desecrated.

At this summer’s Olympics , Simone Manuel was the first African American woman to win a gold medal in swimming. This was not just a personal win, or a national victory, but a social triumph best understood in the historical context of racism. There are stories – some real, some urban legend – of drained swimming pools at hotels after African American entertainers put their feet in the waters. There is the identifiable response to the winds of integration: white flight away from public pools to private pools in homes; the defunding of public pools left in cities largely populated by people with Black and Brown skin, all impacting the equal access to learning how to swim and how to swim in ways that sets world records. Racism has sullied American waters, desecrating them.

Then there are the flood waters. More and more of them. This summer, Baton Rouge. Not long before, West Virginia. Disappearing island nations: the Solomon Islands, the Marshall Islands. Miami. Norfolk or Jamestown in Viriginia. Parts of England. Throughout Southeast Asia. And, of course, here in New Jersey and in New York, a few short four years ago. It is devastatingly, numbingly, our new normal.

What about the latest wave of refugees? Thousands and tens of thousands, who find respite on the seas from war’s rages, but also too many find their death there too. Such a mixed blessing, those waters, calling to mind the lines from Somali poet, Warsan Shire:

no one puts their children in a boat

unless the water is safer than the land.

What do we do in the face of these desecrations? How to we lend ourselves to the purpose of siding with life? Yes, we can add our tears – and many of us do – but isn’t there more? 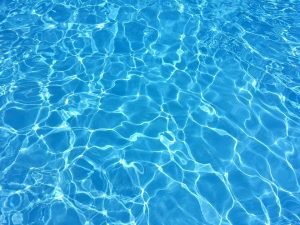 The poet Denise Levertov tells us

Don’t say, don’t say there is no water

to solace the dryness at our hearts.

the fountain springing out of the rock wall

and you drinking there. And I too

to drink the cool water.

Don’t say, don’t say there is no water.

That fountain is there among its scalloped

it is still there and always there

with its quiet song and strange power

to spring in us,

up and out through the rock. 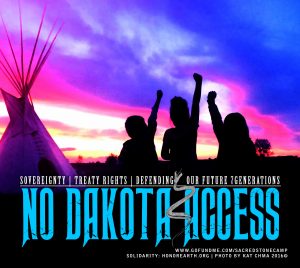 In North Dakota right now, the Standing Rock Sioux Tribe is resisting the construction of an 1100+ mile oil pipeline, and has been since April 1. There are now over 100 tribal nations from across the U.S. and Canada, present. Early on, a call there was a for “water protectors,” these protectors (not protestors – an important distinction) number over [4000]. They are there, united to protect the land and the water from desecration. Here are the words of one of these water protectors, Debra White Plume:

The need to protect this water has grown way beyond Standing Rock. I’m Oglala and Northern Cheyenne. Many red nations are here. Many more red nations are coming. We put the call out for water protectors to come, land defenders to come. …but if we just listen to our spirits, we’re here to protect sacred water. People will come from all along the river to protect the river that they belong to.

These people have put themselves in harm’s way to keep sacred waters sacred. They are doing it not just for themselves, but for all of us.  Did you notice how Ms. White Plume described the relationship between the river and the people? The river doesn’t belong to them, or even to us all, but that we belong to the river.

It is not a legend or a myth; it is actual. It is not historical; it is right now. Last Tuesday, a federal judge granted only partial protection of the land and lake, as if not all places – earth or water — was sacred. That judge must not read Wendell Berry. That judge must not know our 7th Principle: we are all a part of the interdependent web of all existence.

But it is not just the judge. Our hands are not clean. My hands are not clean. We are complicit in this. It is as if our drive for fossil fuels put the corporations that own the Dakota Access Pipeline in charge of the water well. These indigenous water protectors are trying to get them out, trying to kick out greedy lizard, Mabouya, so that they might be Frog, protecting the sacred waters for the common good of all.

And in fact: on Friday (just two days ago), the Department of Justice issued a joint statement with the Departments of the Army and of the Interior, temporarily halting the pipeline’s construction. While this sounds like a momentous decision, these land defenders and water protectors are urging caution. You can understand why, given the 400+ years of broken promises and treaties Native Peoples have experienced.

So what are we to do? We can support the indigenous nations gathered at Camp Sacred Stone. The president of our Unitarian Universalist Association, Reverend Peter Morales, issued a public statement of solidarity. The Facebook page of Sacred Stone Camp gives information about ways to support their cause. We can pledge to pay attention to our next president and whom they name to head the Departments of Justice and the Interior, keeping pressure on them to not issue permits to build this pipeline under Oahe Lake along the Missouri River and to commit our national resources to renewable and life-sustaining energy sources. 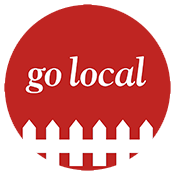 We can go local. A few weeks back there was a council meeting in Franklin Township, where the parsonage is. A few weeks prior there had been a similar meeting in South Brunswick. There are plans to install a compressor station in Somerset along the natural gas pipeline there. Four hundred people showed up in Franklin, overwhelmingly in opposition – including the leadership of the Township Council — to this dangerous project that furthers our dependence on fossil fuels and our dirty habit of desecrating the earth. Despite local opposition, the plans for the gas compressor press on; only large, organized, sustained resistance – as other localities have shown – make a difference.

We face many big challenges — so many that vie for our attention, for our commitments – and few with easy solutions. Without access to a day that is 28 hours long, we are left with these haunting questions: who will we choose to be as a gathered religious people? Who d0 we want the children and youth of our congregation to understand themselves to be in the midst of these exceedingly hard choices? Who do we want to be for our children and grandchildren?

As the desecrated waters around us continue to grow, let us cast our lot with whatever it is that grows the sacred, grows the life-giving, grows the holy within us all and on this planet. Let us lend our waters to those efforts that bring healing and joy, that offer solace and comfort, that celebrate triumphs over systematic racism, that recognizes geography has privileges in this climate-changing world, offering what we can to those in turmoil’s way, for some of us have been there before, and all of us will be there in the years to come. 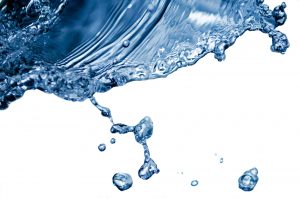 2 thoughts on “Don’t Say There is No Water”