The Proper Distance from a Slow Motion Train Wreck 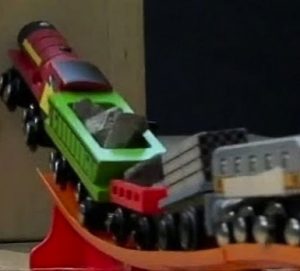 Today I learned that not only must my mother be formally served legal notice by some professional notice-server – the content of which is that she will be moved, against her will, from her beloved, familiar house that is no longer safe for her and will be brought to a strange, unknown memory care facility within walking distance of her son but two thousand miles away from what she calls home –but that neither of children will be with her when she is served this notice.

Years ago, I was with my mom when she learned, via regular mail, that her driver’s license had been revoked. A year later, I was with her when she was served formal notice that the court had granted her son control over her affairs. These are weighty milestones in the life cycle of someone with progressing dementia.

Perhaps perverse rites of passage is a more apt term.

It seems only appropriate that someone who belongs deeply to her – should be with her, should companion her at this tender, raw time – to explain, to clarify, to assist her should she want to mount an objection, should she want to respond and give expression to her anger or confusion or sense of betrayal. A son or a daughter, since she has one of each. It seems only right.

Those two other times, much to my surprise, I was overcome with magical thinking. I found myself silently rooting for her to be offended, pissed off, and for that righteous energy to somehow burn through the brain plaque eroding her mind. I found myself hoping against hope that this indignity would be the provocation she needed to rally to her own defense, the incentive she was waiting for to come back to her own life. Deeply rooted in my longing for her to be okay, this was, given reality, a form of denial.

As I watch my mind and heart now, a year and a half after the last of notice was served – whole eighteen months during which more and more of her faculties have been lost – and just a day after her visiting nurse wrote an email saying it is no longer safe for her to be home alone, I still – STILL – hear this innocent babble of misplaced optimism whispering in the inner recesses of my psyche that my mom will not only resist this news, but will do so successfully. Her defiance will mark her triumphant return to life.

She no longer understands how the refrigerator gets filled or the bills get paid, how cause is related to effect, how her grandchildren can be so grown-up. She does understand that the coffee maker is the source of her coffee, but she does not reliably know how to make it work to meet her craving. She knows that she walks her dog on a regular basis, except that it has been years since this has happened.

I cannot see into the future, but I do have some rather educated guesses. I do know that what she does understand will quickly be forgotten. I do know that though an emotional residue will leave her agitated, though she won’t know why. I think that while she may resist these efforts, she will not ultimately rally against them. I do know that her stamina for resistance will dwindle.

She will do one of three things: Comply.   Disappear further into the shell she has become. Perhaps both. It’s tragic.

I cannot take this particular tragedy away from my mother. Nearly seventy-four years has brought her to this point – much of it filled with trauma and suppression, as well as a few moments here and there of clarity and glory. Still, there’s a whole magnitude of momentum against which I can do not much at all. 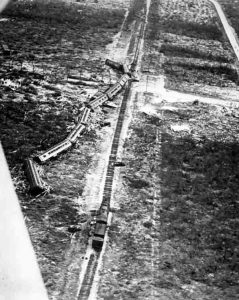 One dear friend, a wise soul who has gone through his family’s version of this before me, calls it a “train wreck in slow motion.”  His counsel has been so important to me: get out of the way so that once it happens, you can respond to the need.

What little I can do, though, is be there for her. Be there for important times. Not birthdays. Not anniversaries. Those are the special occasions of people whose minds are still intact. We have those dates in our calendars, but not anymore in our lived life.

I hope it does not break hers.