I wonder why I have had to write out this list? It is long and impressive and might not even be complete. Am I fishing for compliments and praise? Appreciation? Acknowledgement? Though I have an ego, and I don’t mind recognition for hard work done, I think there’s something else at play here. 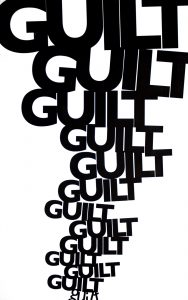 re I could have done, should have done, wished I been able to do. I feel relief at being able to leave, to get away from the squalor and the need, but it is a tarnished relief. If I allow my thoughts to settle on my mother, I am felled with longing and felled by her loneliness and nudged by the guilt at not staying.

Of course, the inclination is to convince me how irrational such guilt is.   But if you start down that road, I won’t join you. And I’ll resent you for taking that path. Your need to talk me out of my guilt is about your own helplessness – probably not helplessness about my mother, but about whatever source of it you have in your own life – and I’ve got enough of my own. Just let me have it. It’s not hurting me. It’s not causing me too much discomfort or shame. I think it’s there, but I know enough to know it’s not me, and I can keep it company as much as it can keep me company.

This entry was posted in Dementia*land and tagged dementia, guilt, helplessness. Bookmark the permalink.