The Short Version: We have been successful in moving my mother from one memory care facility 2,000 and 3,000 miles away from her children to another one that is a 30 minute walk from my brother and a much shorter plane ride away from me.

The True Version: It is just shy of five years since my mother introduced herself to me as the mother of the bride, politely inquiring who I was. I laughed off an internal shudder, made some intended-to-be-funny comment, then headed to put on my dress and put aside a deafening sense of foreboding, so that I could walk down the aisle with my about-to-become new spouse.

The topography of dementia, at least in our family’s experience, echoes that of approaching mountain ranges: the highest heights (so far) of confusion and seriously unsafe behaviors were presaged by lesser foothills of these same forms. These smaller versions were harder to identify or map without the benefit of hindsight, but in the rearview mirror, they are now utterly obvious.

Our mother desperately needed help, but her own history and personality had never lent itself well to such things. We had to wait until the dementia robbed her, then robbed her even more, so that her capacity to resist was whittled into smaller and smaller quantities.

In the intervening years since my wedding day, there were countless tragi-absurd, fear-laden, helplessness-inducing events and experiences. The squalor that we could not make better in an instant due to maternal stubbornness and irrational social service systems. The near foreclosure because the mortgage hadn’t been paid and no one knew until nearly too late. The orchestration of the removal of her driver’s license and the selling away of her car, both very much against her will or comprehension because she was a threat to safety — her own and others’. The years — possibly close to a decade — of no doctor’s visits coupled with diminished personal hygiene. A fire set in the middle of the night that brought fire fighters to the house: she refused to let them in.

Yet, those were not the only stories of this challenging terrain we have been traversing with my mother:

There was the softening of my heart, which the history I shared with my mother had made stone. I wish I could say that my heart stayed supple consistently from then on, but ours is a complex relationship.

The destinations on this expedition included my mother living at home (where she had been for 35 years, alone for the past 25 of them), then moving her to a memory care facility an hour’s drive from what had so recently been her home but still thousands of miles away from either of her children. With that move, I came to understand in deep and painful ways how dementia changes the rules for how to be true to someone. I learned that compassionate deception, rather than straight-out truth, is a necessary tool, and a kind one at that.

Then, this stop, which now holds the reputation of minor miracle in our family. My brother and I successfully relocated our mother from the West Coast to the Midwest, to a memory care facility within walking distance from his home and so much easier for me to visit as well.

To our deep gratitude, the day of the plane ride was populated by kind and generous people (let us now call them minor saints), whom I thank here:

• Miriam, the nurse at the memory care facility in Oregon who came to work two hours early in order to help us get on our way;

• Lead Agent Gonzalez of TSA who was super nice and respectful when, ridiculously, my mother tested positive twice for explosives (we’re pretty sure it was the industrial laundry detergent on my mom’s clothes);

• Rick, the fabulous and compassionate flight attendant who took extra and proactive care of us – I told him he was a Bodhisattva – he didn’t know what it meant, but thanked me anyway;

• Clarke, the mild-mannered Chair Services Representative who, upon arrival at our final destination, stayed with us throughout the unfortunate baggage misplacement until we had suitcase in hand – his steadfastness made quite an impression on my mother, lasting several hours, which is a marvel in an of itself.

Now she is here at this stop, this likely last stop: what appears to be a homey, attentive nursing home that means my mother will be able to enjoy the company of her children and grandchildren more often, until even that pleasure is robbed from her. Is it perfect? Probably not. But boy, is it so much good-enough that I am sleeping better at night. 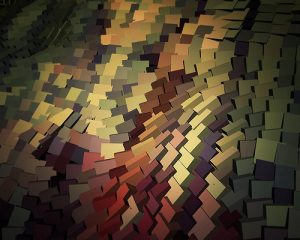 While the terrain ahead of us in Dementia*land appears much smoother than the bumpy, chasm-laden route we have traveled so far, this journey is by no means over. There is joy ahead and, of course, sadness and confusion – hers and ours alike. It is so good that she is safe and she is close(r).

I say a prayer of gratitude: for the first time in a very long time, I have more hope about the quality of these years (months? decades?) ahead of her.