My grief — at the Orlando massacre and the barely imaginable loss of life, and its intentional targeting of the gay community — is not separate from my fear.

I fear that in the aftermath of this intentional act of violence, especially when heaped upon the constant stream of new, real other tragedies, we will sink back into a kind of cumulative numbness.  I fear this for many reasons, but today I fear this because in such an emotional space, we become more susceptible to story lines such as all Muslims are like this mass shooter in Orlando. It becomes easier to buy into the notion that this act of violence is inherent to Islam.

There are powerful forces that exist on a spectrum of fear – cultural ones with nefarious biases — that would have us believe so. ISIS/ISIL/Daesh wants you to believe it. The rising fascism embodied by one of our presidential candidates and his followers would have you believe it. That should be enough to inform you that it is must be wrong. These are not reliable sources with whom to make bedfellows or with whom you would otherwise share your heart.

But there is another force that is more insidious – and perhaps more persuasive. Especially if you lean to the left politically. It is the combination of our own legitimate fears of safety (especially if you are queer/trans or are a person of color or a woman) and of our own lack of personal familiarity with the depth of Islam and the breadth of diversity of Muslims. This combination can mislead in subtle ways – mislead us into believing that this murderous act was representative of Islam, of all Muslims, when it is categorically not.

I cannot speak for Islam or Muslims – it is not my tradition. Yet in my role as interfaith companion and as a minister within my own tradition of Unitarian Universalism, I must speak out.

I have spent much of my time becoming a minister and exercising my own religious faith in relationship with Muslims. I have friends, associates, and colleagues who are Muslim. I speak with affection earned from an intentionally learned familiarity with people who practice this faith tradition – a tradition typically depicted in narrow and hateful ways in our mainstream media.

Yes, I am still an outsider, but sometimes, too, a welcomed guest. As such, I experience profound respect for this faith tradition and compassionate concern for the very real dangers of fundamentalist religion. 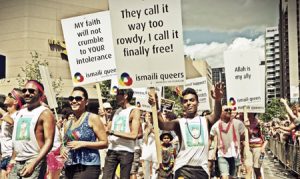 Have you seen that mainstream Muslim organizations and leaders are coming out of the woodwork in support of LGBT people as a result of this horrific massacre? Why is it that one must search for these faces of Islam, but not those of actual terrorists?

I went to the web page of one of the largest of these mainstream American Muslim organizations: page upon page of press releases from state and city affiliates condemning this massacre. The head of CAIR (Council on American-Islamic Relations), Nihad Awad, said this yesterday:

“This is a hate crime, plain and simple, we condemn it in the strongest possible terms. It violates our principles as Americans and as Muslims…. You do not speak for us. You do not represent us. You are an aberration.”

I write this as a white bisexual women who, in her twenties, found community and sanity among a strong community of women who identified along the queer continuum and who sometimes joyfully hung out at queer clubs. Not so much a part of my life these days, I continue to appreciate, personally and politically, the importance these gathering spots play in the life of the queer/trans community as oases of safety and affirmation, as well as how their presence in our wider society enriches our culture and our shared lives. I mourn these beautiful dead at the Pulse.  I lend my heart, my voice, and my spiritual practices to reduce the suffering of their families.

I want to remind us that there are queer and trans Muslims whose bodies and lives are just as unsafe, perhaps even more so, than yours and who are caught between worlds where neither offer much guarantee of safety or protection from toxicity. I tell you there are progressive Muslims who are allies to and with the queer community, whose hearts are breaking. There are Muslims, especially in this nation, but elsewhere too, who are trying to engage their faith with modern sensibilities, authentically struggling with traditional interpretations of scripture and what they know in their hearts to be true about the full diversity of humanity. (Which sounds a lot like what the United Methodist Church is struggling mightily with right now).

Let us not lend ourselves to a false narrative that exonerates our wider American culture of violence. This was the fourth mass shooting so far this calendar year in Orlando ALONE. The fifteenth in Florida. The 133rd in the U.S.  On the same day as the Orlando massacre, there were 42 other shootings.  Same day.  As of publishing this post, more than 200 people have been shot (injured or killed) by gun violence in the few days since the Orlando massacre.

This mass shooting, whatever the motivation – ideologically-based terrorism (which it is currently looking less and less likely), religiously-fueled homophobia (seems highly likely), or even religiously-fueled internalized homophobia (there are reports now of the shooter frequenting the gay night club for THREE years — much more than one needs in order to “case” it for an attack) — is part of our American tradition of easy access to guns and a failure to stop men from inflicting fatal violence on others.

Enough is more than enough. Let us stay awake. Let us implement a ban on assault weapons. It’s the very least we can do. 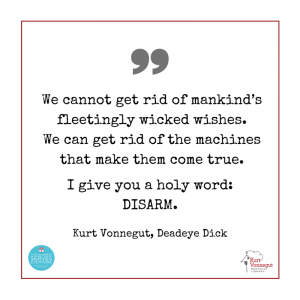