Recently, I was talking recently to someone who is feeling despair. She bemoaned the political climate, the dangers she sees in the current electoral cycle, the perils associated not only with some of the candidates being seriously considered for president of the nation, but the aggressive and violent behaviors that are on display – white people punching protestors of color and receiving adulation; misogyny offered up matter-of-factly and persistently; deep class divisions not only laid bare, but manipulated for the sake of increasing the power of the already powerful.

She shared with me that she begun to invoke the names and acts of people who have done good, to remind herself that there is not just malicious chaos and mundane evil in the world. She mentioned Rachel Carson, the environmentalist.

This impulse – to name another truth and thus give it more prominence in our lives – this is a good one and should be fed. It made me think of these words from radical American historian Howard Zinn:

“To be hopeful in bad times is not just foolishly romantic. It is based on the fact that human history is a history not only of cruelty, but also of compassion, sacrifice, courage, kindness. What we choose to emphasize in this complex history will determine our lives. If we see only the worst, it destroys our capacity to do something. If we remember those times and places – and there are so many – where people have behaved magnificently, this gives us the energy to act, and at least the possibility of sending this spinning top of a world in a different direction. And if we do act, in however small a way, we don’t have to wait for some grand utopian future. The future is an infinite succession of presents, and to live now as we think human beings should live, in defiance of all that is bad around us, is itself a marvelous victory.” (from The Impossible Will Take a Little While: A Citizen’s Guide to Hope in a Time of Fear)

She is not the only one who needs this reminder. I think most of us – maybe all of us – need this kind of reminders. We need historical reminders and current-day ones. We need to know that there are amazing people doing amazing things, not just thugs bringing forth nationalism, xenophobia, and extractivism; capitalizing on no-longer-if-it-was-ever-latent white supremacy; dictating hyper-masculine militaristic values for our engagement with neighbors – those who lives alongside us and other countries and territories in the world.

We need this so that we do not get lost in despair or delude ourselves with a false security by keeping to ourselves. Especially for those of us who experience some form of cultural privilege – white skin privilege, class privilege, gender or sexual identity privilege, geo-political privilege – this is such a seductive stance we can be lulled into taking. But we must not. 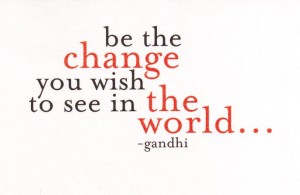 The best way to not be lost in despair is to get out into the world, with other people, and do good. Practice the antidote to despair: do good in big ways, do good in small ways, do good in ways that bring you into relationship with other people, do good even if you aren’t able to do the good you think you are there to do. Do good. Cross arbitrary borders. Listen when you have privilege. Speak up when you are marginalized. Practice being scave (scared + brave = scave).

Yet, sometimes, that is not enough. Or you need a quicker fix. You need to know you are not alone. In those cases, such as the poet has described,

it’s essential to know that there are other people around who have done amazing things and who are doing amazing, life-affirming, peace-generating, progressive-infused things to make the world a better place, a more just place, a place in the process of true and eventual liberation. It is essential to know their names, to know their stories, to pass on the good news of their lives that we might be consoled and inspired.

For the poet who wrote those words, Wendell Berry, his solution is to go and lie down in the midst of nature. But his solution also tells us that it is “for a time;” there is a limit on our finding comfort and freedom among the peace of wild things. Then, I think, we must return to the world not of nature, but of our human machinations.

Towards the end of reminding me that there have always been do-gooders and that there are currently do-gooders, I am thankful for the work of Robert Shetterly at Americans Who Tell the Truth. It is here that I have found the portrait of my personal shero, Joanna Macy.

It is here that I have seen the painting of fellow Unitarian Universalist and environmental activist, Tim deChristopher.

There is Ella Baker, the founder of the Student Nonviolent Coordinating Committee (SNCC) during the Civil Rights era.

It is here that I have learned for the first time about Emma Tenayuca (“La Pasionaria”), a Mexican-American woman who fought for the dispossessed in the early part of the 20th century.

There are so many more portraits and their biographies.  Definitely worth checking out.

It also seems that it takes some time to stay up-to-date.  I mean, these aren’t just photos.  They are paintings.  So sometimes, folks that I think should be there, aren’t.  Or aren’t yet.  For instance, the three women who are the founders of the BlackLivesMatter movement — Alicia Garza, Opal Tometi, Patrice Cullors — their portraits are not yet among the AWTT, but I hope they will be one day soon.

Now, there is an inherent limit in this paradigm, for his work focuses just on Americans. In the plethora of portraits he has created, we won’t find Vandana Shiva or Malala Yousafzai or Wangari Maathai. Still, everytime I take a peek at his web site, I find names and faces of people I did not know could be my s/hero, people who are doing good in the world and who, if I knew their story, I would find consolation and inspiration.

I think these people, and others, are part of the momentum that is sending this spinning top of a world in different direction, away from war and injustice, and towards the possibility (not guarantee) of liberation and freedom for all. These are people behaving magnificently. These are the ones living in defiance of all that is bad around us. These are the people who whisper loudly to both you and me, do good; do act, in however small a way; do not wait for some grand utopian future.

Let us live our lives with this spirit in our hearts.  We will likely not end up with a portrait of ourselves.  However, we just might remind those around us to not dwell in despair.  We just might inspire this spinning top of a world to go in the right direction. 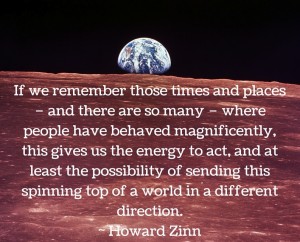 One thought on “People Who Behave Magnificently: The Hope Question (Part II)”