Everything Possible: On the Fluidity of Humanity (sermon)

When my little ones were little, I would sing them songs as part of our bedtime routine. Songs from my childhood, like Puff the Magic Dragon. Songs from our grey hymnal, which I was learning myself, having just come to Unitarian Universalism three years earlier. We’ll Build a Land was a favorite, as was this – not from the grey hymnal, but it ended up in our teal hymnal:

You can be anybody you want to be,

You can love whomever you will

You can travel any country where your heart leads

And know I will love you still

You can live by yourself, you can gather friends around,

You can choose one special one

And the only measure of your words and your deeds

Will be the love you leave behind when you’re done. 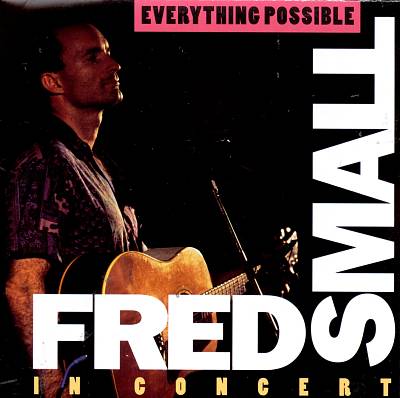 Written by then-Fred Small, now UU Reverend Fred Small, the official title of this song is “Everything Possible” but both my kids refer to it, even still, as the “Wash the Dishes” song, for it starts out:

We have cleared off the table, the leftovers saved,

Washed the dishes and put them away…

At the end of long days, exhausting days, tricky days, delightful days, I sang those lyrics so achingly to them, wanting to convey the depth and breadth not only of my love, but my faith-infused, unconditional acceptance:

There are girls who grow up strong and bold

There are boys quiet and kind

Some go in their own way and time

Some raise children, some never do

You can dream all the day never reaching the end

Of everything possible for you. 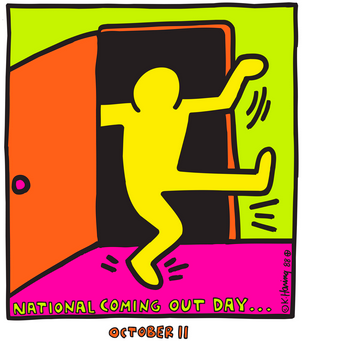 Today is National Coming Out Day. Every October 11 celebrates the process that gay, lesbian, bisexual, people go through to share with their loved ones who they are, a child of god, perfect and whole as is. “Coming out” describes the process of recognizing in oneself and then often publicly one’s sexual orientation, applied mostly to those who fall outside of heterosexuality. In some circumstances, this is a safe and celebrated thing to do, like here, in this sanctuary, in this congregation. In many places still – far too many places — is not safe, is not welcome, is not possible.

When I came into this congregation thirteen months ago, I arrived with my current circumstance: a second marriage to Tony, the father of his own two adult children, and my own kids, older teens whom I had adopted when they were just munchkins. Within that story, not secret, but in the past, so less visible: my first “marriage” which I place in air quotes, because it was a decade-long committed relationship with a woman, marked by a commitment ceremony, attended by both our families and all our friends, at a time when marriage equality was not yet the law of the land nor any state in this nation.

Life is fluid: things change and this change – legal sanction of same sex marriage – is one change we can celebrate. And sometimes they stay the same: now, as then, I identify as bisexual and so say to you: Happy National Coming Out Day one and all! We can be proud of the work that this congregation has done over the years to earn its official Welcoming Congregation status. This congregation is a refuge, a safe haven, a source of life and inspiration. There is ever more we can do – I am no fan of sitting on laurels – to continue this necessary work.

For many UU congregations – and likely other liberal religious denominations that practice some kind of welcoming process – there has been more practice with the GLB – gay, lesbian, bisexual – part of the GLBTQA+ Alphabet Soup than there has been for the T part of it. 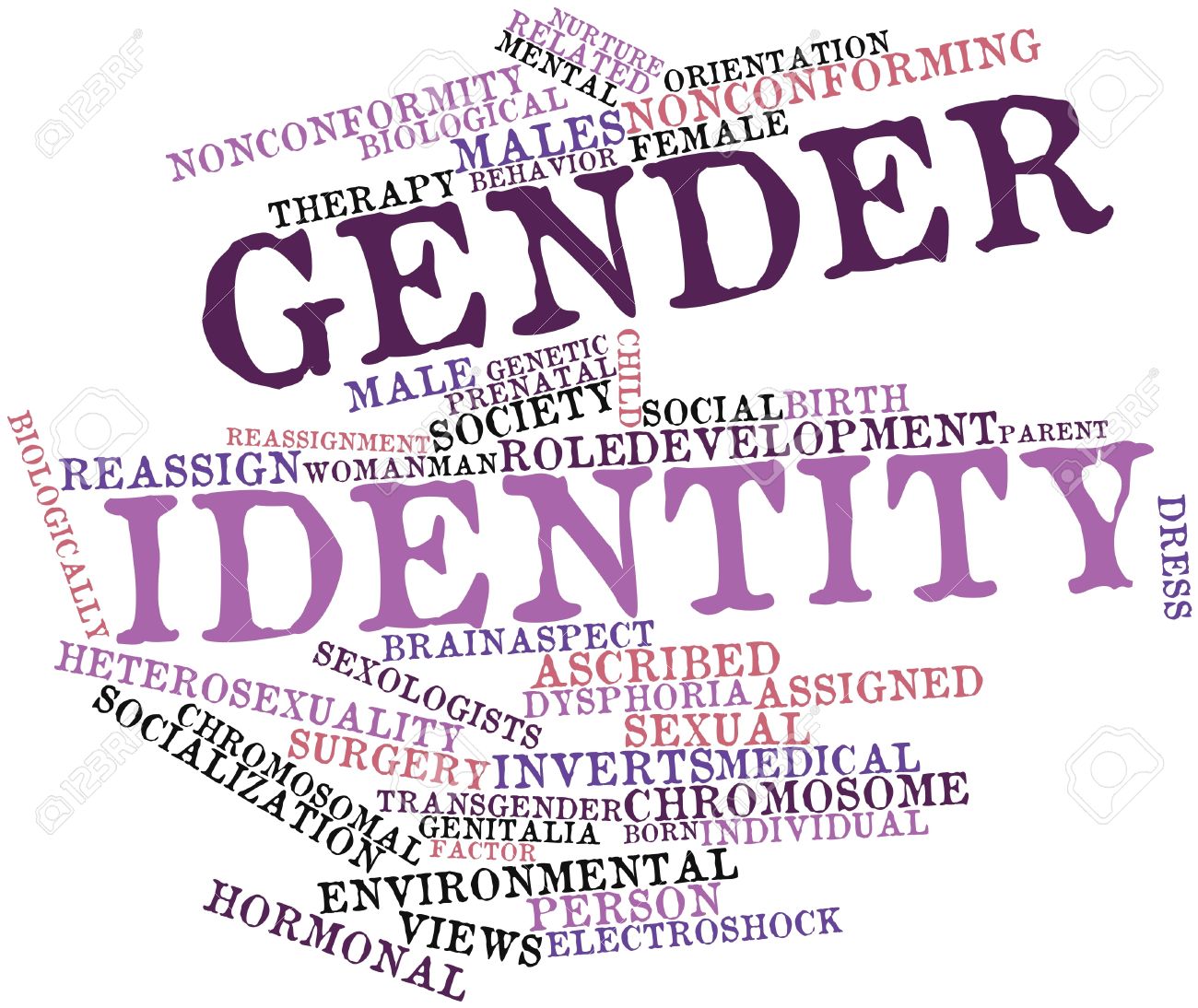 I know that many of us, including myself, wish to do the right thing, grounded in our Seven Principles and our commitment to live in covenantal relationship with one another, but some of this stuff is bewildering, confounding, and requires pro-active learning and seeking out information and relationships in order to be the welcoming people we aspire to be.

The speed of cultural change seems to be accelerating. Sometimes, no matter how knowledgeable or compassionate or hip we might consider ourselves, we find ourselves outside the loop. For some of us, this is true of the brave, new world of gender identity. But it needn’t stay that way.

Some of us find that we are inside the loop and didn’t know it. My family has experienced more fluidity: though I arrived at First Parish the mother of a son and a daughter last year, today I stand before you as the proud mother of two daughters, my older child having come out this past summer as transgender.

First:  Like sexual orientation is on a continuum (homosexual to degrees of bisexuality to heterosexual), gender exists along a continuum, too. Instead of being binary – two choices considered as opposites – there is a multitude of genders. People who know themselves to be in the middle area of this continuum, rather than on either end, sometimes use the term “genderqueer” or “genderfluid” and are more likely to use the pronoun “they/them” to describe themselves. For some of you with an inner grammarian, this may be irksome.  But I urge you to look to our First Principle as a higher guiding force than the beloved, yet outdated, Strunk & White on this matter.

Second: It happens that sometimes a person knows themselves to be a different gender than the body into which they were born. Their biological sex does not match their gender identity. These folks are transgender, often shortened to “trans” and sometimes written with an asterisk at the end.

Third: If you are out in public and you can’t figure out someone’s gender, follow one of two simple steps:  rather than ask, “what are you?” or “are you a boy or a girl?” ask “what is your preferred pronoun?”  Or, better yet, don’t worry about it.

Are you still with me? Even if your mind might be working to wrap itself around some of these concepts if they are new to you, pay attention to your heart. Often, when our mind hurts from working so much, our hearts tell us the way of compassion, gratitude, and generosity. Remember follow your heart.

The question might arise, “Why make this effort if it upends your fundamental world views in disorienting ways, making your mind spin, your brain hurt, and your tongue twist?”

Because, selfishly, I am asking you to.

I need you. Alone, I cannot create a world where, like the hymns says, “everything possible” is, in fact, possible for my child. Despite my very best efforts and the loving power of my heart, I alone cannot create a welcoming future for my daughter – either one of them – to be the wholest person she knows herself to be – without help, without a whole wide community of people to bring it into being.

I need you. My child needs you. And your child – no matter their gender identity – needs you, too. What do we say when we finish lighting candles? What touches one of us touches us all. 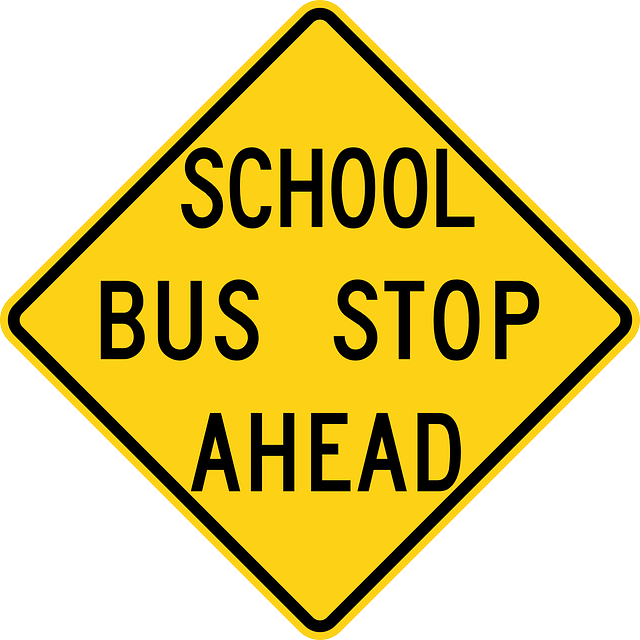 ** I have a friend and colleague. She is the mother of three, one of whom is still relatively small and waits for the school bus to come. My friend accompanies her son regularly, and has cultivated relationships with the other children who wait at the bus stop; so much so that she is known by them as “The Bus Stop Minister.”

A month or so ago, there was a new kid – it was the beginning of a new school year. He arrived at the bus stop on his scooter. While waiting for the bus to come, he was happily riding it in the street. At some point, my friend discerned that his scootering was too reckless; she directed him to come closer to the curb.

“Who are you, Lady?” the kid asked defiantly.

This is the moment when skillful ministers know to wait to respond. And that is just what she did: she waited.

One of the other kids spoke up, “She’s the Bus Stop Minister. You have to do what she says.” 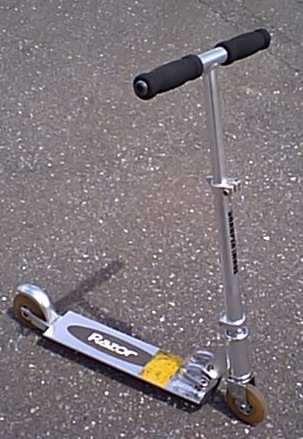 Reluctantly, the kid brought his scooter to the curb. The bus soon arrived. When the kid tried to board the bus, he was told that he could not bring his scooter with him. The Bus Stop Minister stepped up and offered to take his scooter back to his house – what was his apartment number? New to the area, he didn’t know and broke into tears.

Bus Stop Minister knelt down, looked him in the eye. She said that she would take the scooter for the day and meet him back here, at the very same bus stop at the end of the school day, with scooter in hand. With that, he boarded the bus for school.

And I vow that I will be a bus stop minister to your children, or grandchildren, or nieces and nephews, to ones you mentor, to the child still living and playing within your own heart.

They are watching all of us and how we respond – embracing or resisting – the world as they already know it. Listen closely to the youth around you – their nimble use of preferred pronouns, of the pronoun “they/them” to describe a single individual who identifies neither as he or she – they are so far ahead of us. It is already the oxygen they breathe, the water in which they swim.

I will fully own that this generation gap is taking place in my own family: the young adults now vibrantly populating my home (there are three of them, but that’s a different story for a different time) speak of my older daughter’s gender without hesitation, without messing up, while my husband and I, our hearts full of welcome, sometimes get it wrong. And then we try again. It’s time for all of us to catch up. 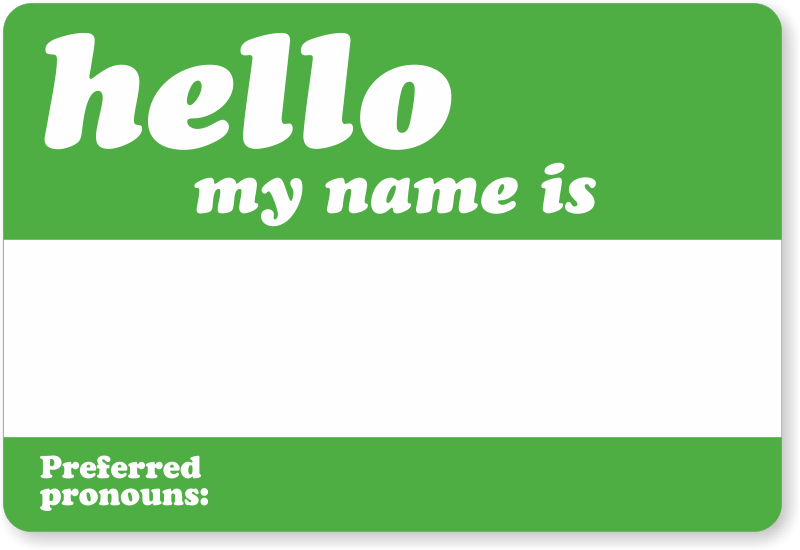 That’s why I have this name tag on today. It states my name, but it also offers up a space to share my preferred pronouns so you know how to honor my individual worth and dignity when it comes to my gender identity. My scrawl is likely too small for you to see all the way up to the pulpit, so I’ll read it aloud: my preferred pronouns are she/her. There is now a small supply of these name tags downstairs for us to use as a church community.

How do we tell the truth of the beautiful fluidity and variety of humanity? What did the Thought Before the Service Begins advise us? We do it

Without calculating and predicting to the nth degree.

With one foot in the Realm of God

and the other foot on that solid earth

made of the ashes of Radclyffe-Hall, Auden, DaVinci,

With real hope in our purpose

and thanksgiving in our pulse.

With the full iris of our living tradition in the eye.

Without using the inherited Augustinian scalpel

that splits flesh from spirit and pleasure from good.

Without homilies on toleration.

With as much heart as intellect.

With stories and examples as wonderful as a tale by Seuss.

With rhapsodies on the glories of friendship.

With gladness for uncertainties.

May we live up to all they deserve. Blessed be. May it be so.

** The story of the Bus Stop Minister is not mine, but I did receive permission to tell it — just in case you were wondering

5 Responses to Everything Possible: On the Fluidity of Humanity (sermon)