Four years ago, to the day, my newlywed (like, two days previously) partner and I arrived in Havana, Cuba for our honeymoon, endearingly dubbed “Commie-moon” by a friend. It was what I call a “soft adventure:” it was still illegal for U.S. citizens to travel there (well, officially, for us to conduct financial transactions there), but Obama was president: word on the street was that he was not likely to prosecute.

So we made our way – as many adventurous US citizens had over the years – through a third country.

Some of our best experiences there came from meeting real Cuban people – and doing so in places and spaces where they might talk freely. This was not an easy feat – informants were (and likely still) a real danger: friend pitted against friend, family member against family member. When people learned we were American, there was enthusiasm and curiosity. While the island had many tourists, few were from the U.S. Somehow, on multiple occasions, we found ourselves in unplanned and delightful situations where we were able to speak frankly with our new friends.

On one day, we went to the top of a tiny “mountain” called Mirador. We rode sorry horses as far as we could, then completed the final distance to the summit on foot. There, we encountered this lovely couple.

In the tiny, cleared area on top of the mountain, there was no one else around. And no listening devices. We found our conversation going further than superficial polite engagement. Luckily, she spoke fluent English, as my Spanish was not sufficient for the depth of exchange we ended up having. We spoke about many things, including what Americans call “the Cuban Missile Crisis” of 1962.

I can’t remember how that topic came up. It quickly became clear that our view of the facts were significantly different than their view of the facts. Our exchange was good-hearted – not tense at all – neither couple was invested in the other seeing it as they did. Both couples descended the mountain, still certain of our own view of that historical event.

I was reminded of this because on our walk around Halifax, Nova Scotia today, we encountered this. 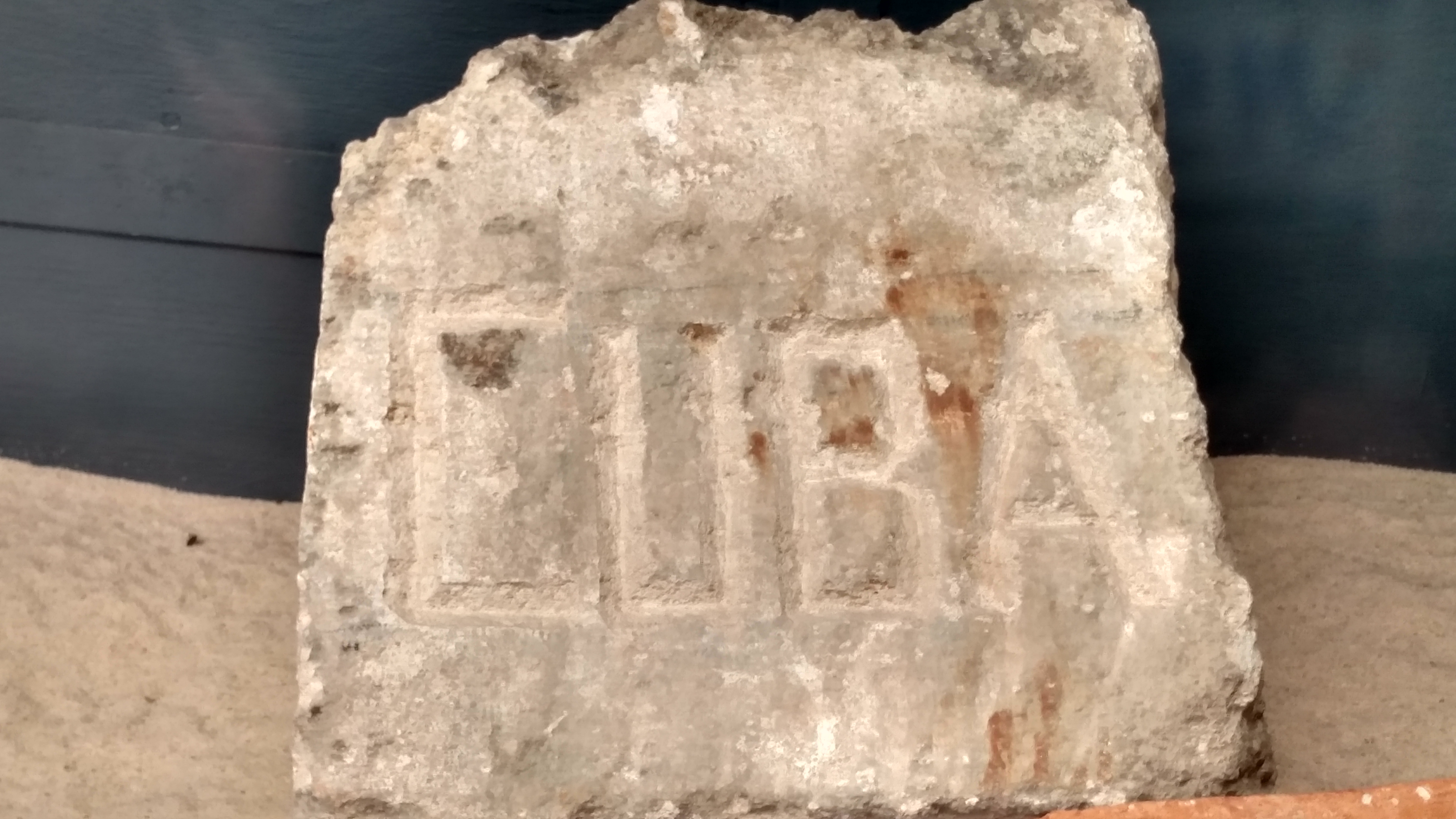 In Dartmouth, which is across the bay from where we are staying, there is the World Peace Pavillion. Its history is detailed below. 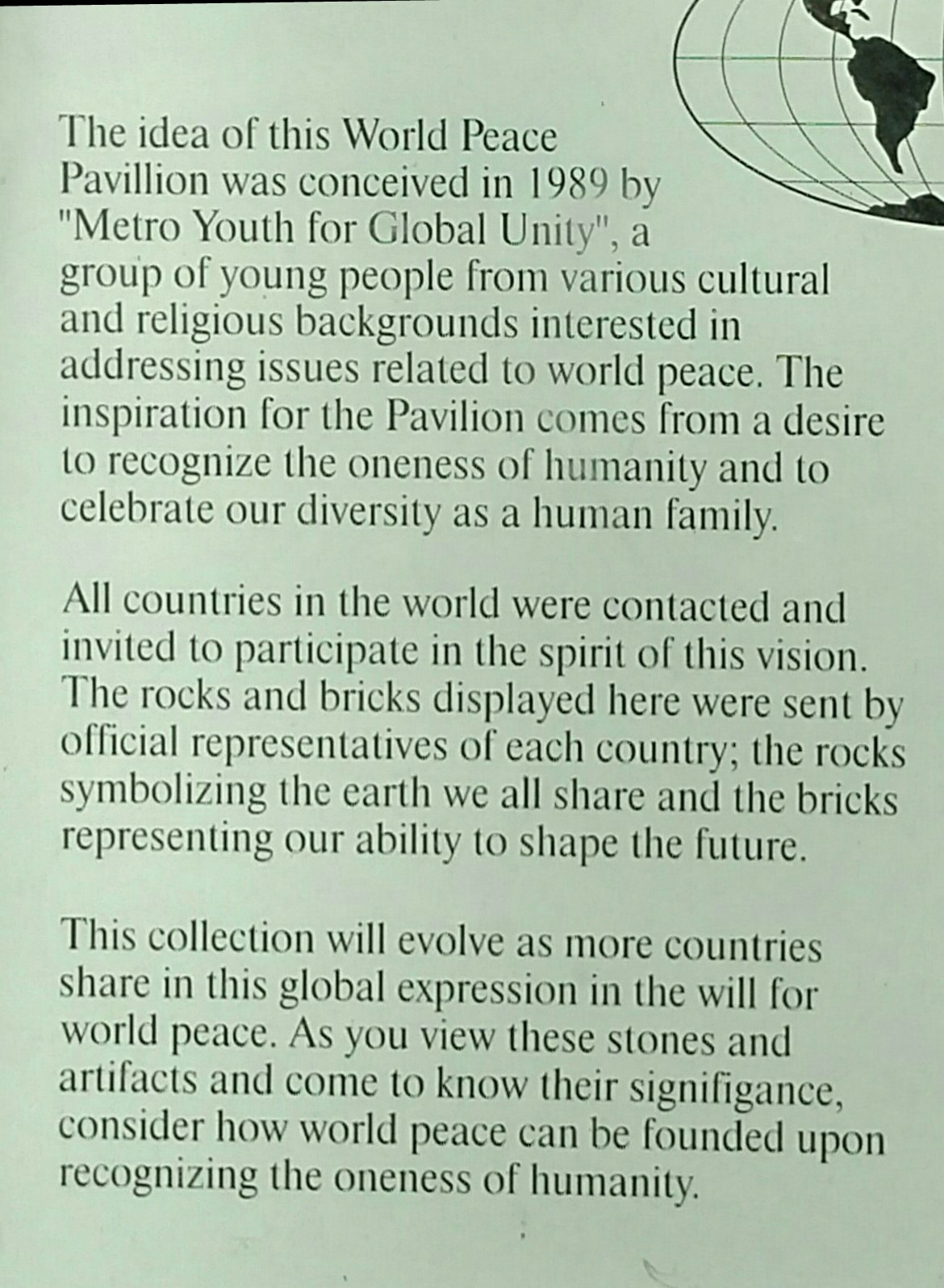 There are rocks – or variations on rocks, such as bricks made from earthen materials – from all over the world. The above rock was given to the project by Cuba.

Here is the plaque, associated with Cuba’s contribution to this peace project, no doubt written by some official within the Cuban government: 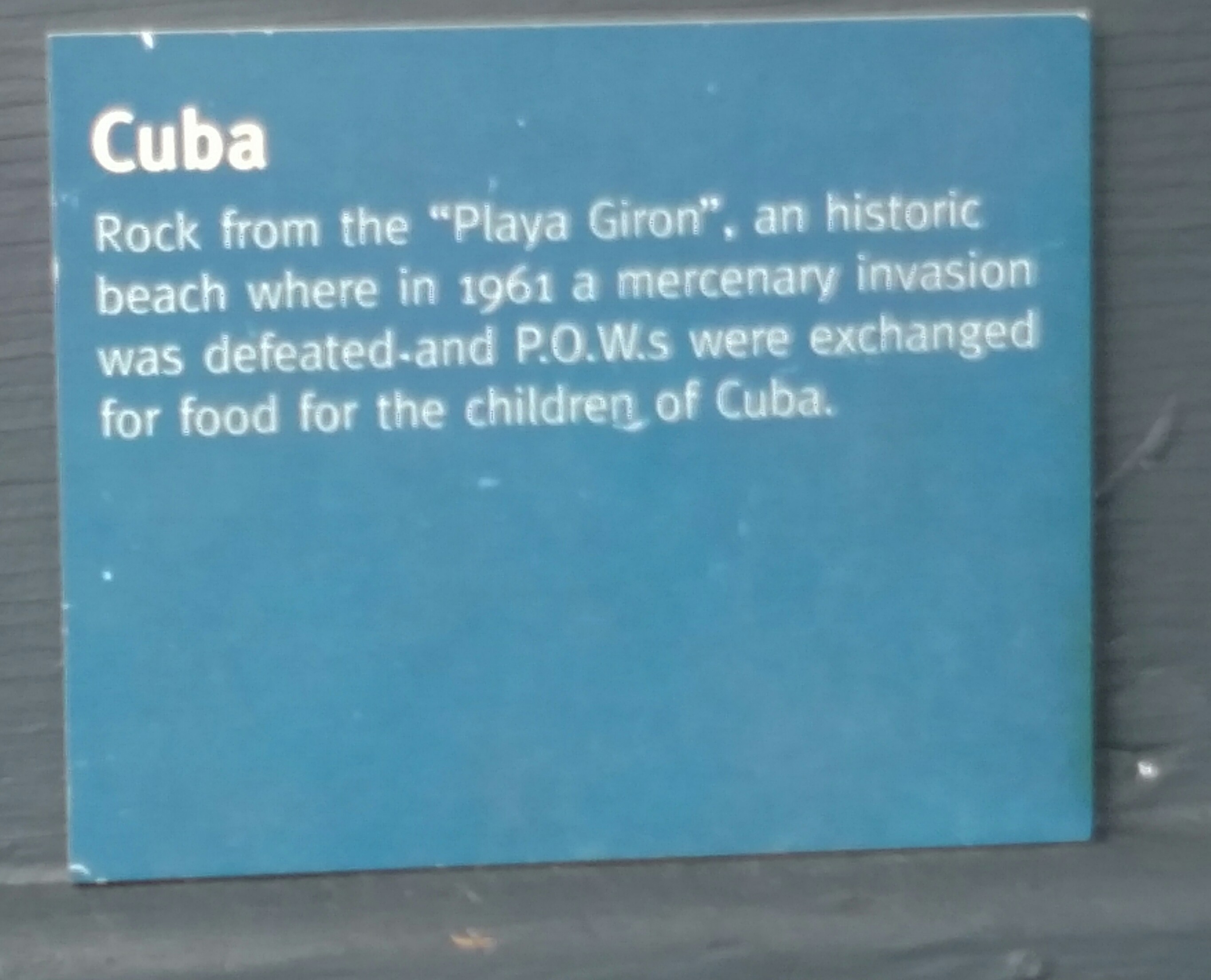 In case you can’t read it, it says

Rock from the “Playa Giron,” an historic beach where in 1961 a mercenary invasion was defeated – and POWs were exchanged for food for the children of Cuba.

1961 is the year that the U.S. government decided to invade Cuba.  Growing up in the US, I was taught this was called the Bay of Pigs.  I was not taught that POWs were traded for food for the children of Cuba.  I do know – as the world knows – that military incursion was an epic fail. The kind of which was perhaps a foreshadowing of what was to come in Viet Nam. And Iraq. And Afghanistan. And…

So maybe you can see why I might be thinking about my Commie-moon of four years ago, about those delightful encounters we experienced, about how the peoples of one country still find ways to connect with the peoples of another country, no matter what stupid-ass, archaic ideologies our governments might keep in place to divide us?  Given what is going on in the world — I am thinking in this moment right now of the US and Iran — this continues to be relevant.

May we ever and always find ways to know each other, to connect across borders and sanctions, to make peace even as our nations make war or create twisted detentes misconstrued as peace. Our very lives depend on it.

3 thoughts on “From Halifax to Havana and Back Again”