It’s risky, writing about hope without being in touch with at least some semblance of it, particularly when one aspires to be a minister.

My post yesterday for today’s Earth Day was not hope-giving. It was well-crafted. It was articulate. Someone even called it “compassionate.”  But it was not hopeful.

I was not hopeful.

It’s such a delicate balance, this hope thing.

How to live in the world without rose-colored glasses, how to see Reality (even in a post-modern world that informs us there are many Realities), how to stay awake?

So I wrote, and posted, and as I did, the “crusty, sharp edges of my own complicity” were popping holes in any balloon of hope that might catch a ride on a gentle breeze.

Then I walked out to my garden, the one late in making itself available because of our heavy winter just past and the long-lasting snow mounds.

I walked out to the raspberry canes.  I gave myself over to this scratchy annual early spring ritual.

A ritual of breaking off the grey-dead cane, hollowed out, some still gasping at life, but nevertheless already beyond regeneration.

A ritual of pulling some of the out-of-bound upstarts, for they throw themselves fecundly to places where no bramble should ever grow.

A ritual of blessing the live canes that they might bring their dusky-red manna come the end of July.

It reminded me of the wisdom to be found in this Mary Oliver poem, “When I Am Among the Trees,”

When I am among the trees,

especially the willows and the honey locust,

equally the beech, the oaks and the pines,

they give off such hints of gladness.

I would almost say that they save me, and daily.

I am so distant from the hope of myself,

in which I have goodness, and discernment,

and never hurry through the world

but walk slowly, and bow often.

Around me the trees stir in their leaves

and call out, “Stay awhile.”

The light flows from their branches.

And they call again, “It’s simple,” they say,

“and you too have come

into the world to do this, to go easy, to be filled

with light, and to shine.”

For the poet, she goes to the trees.  Which sometimes works for me, too.  But today, it was the raspberry bushes, not as elegant as trees, but still containing some of the same magic.

After disentangling myself from the Screen of Over-Information; 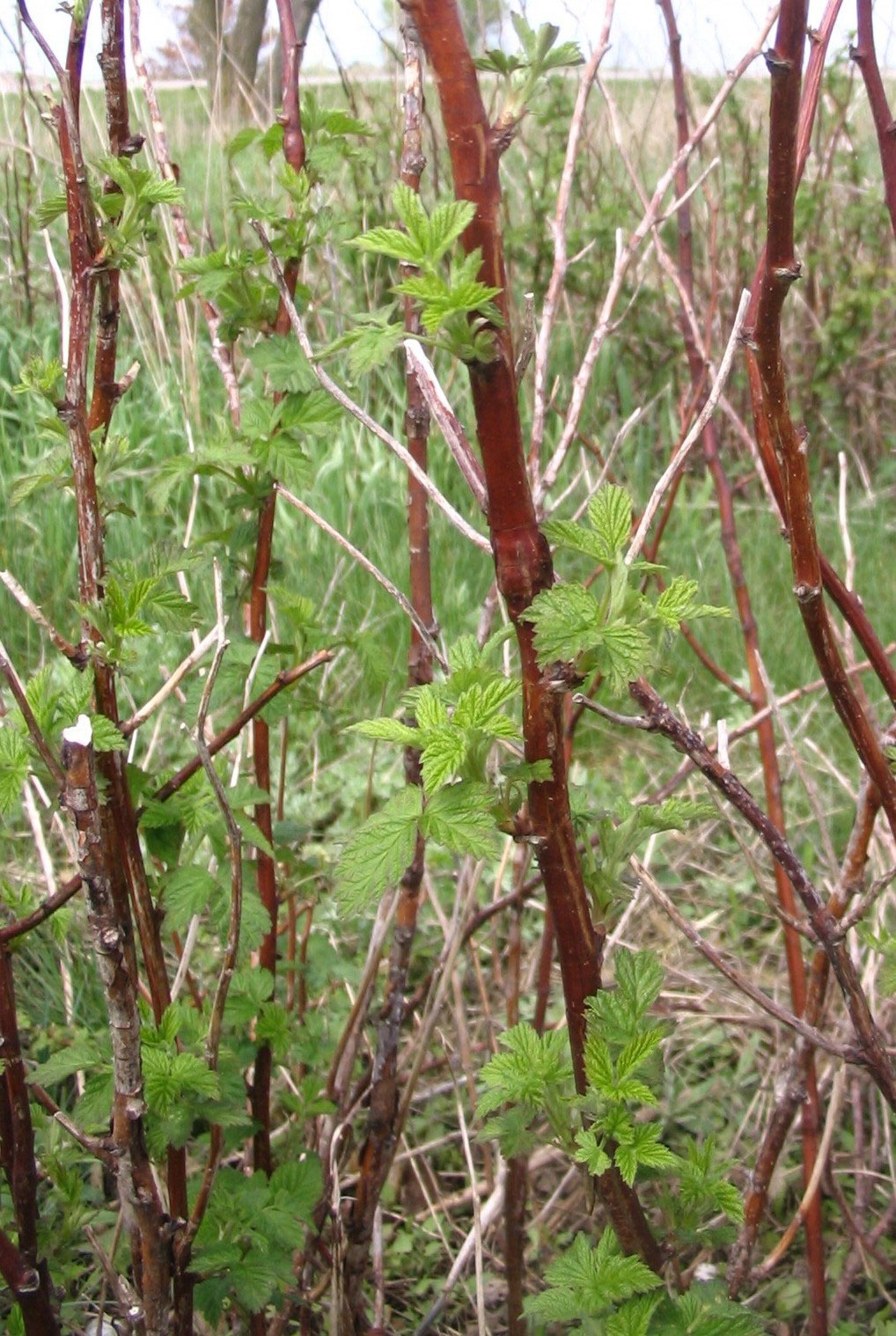 after I breathing the air of green-yard-bursting forth;

after thirty minutes of caring for this hedge that needs/does not need me;

after feeling somethings sharp scrape my forearms, but it was not my complicity;

after something real of this earth, both alive and dead, took me within its fortress;

after something wild made a promise to offer its fruits to me yet again, as it has done

I moved closer to sensing that I, too, “have come into the world …to go easy, to be filled with light, and to shine.”   This may not be hope.  But it is connection.

I am reminded of the classic tale of the Buddha, when tempted by Mara, touched the earth and banished Mara.  There are many interpretations of this story, but I am struck how when the Buddha literally grounded himself, something generative, even hopeful, was allowed to happen — made possible by connection.  To the earth.

His earth, at least in the story, was not a raspberry bramble, but mine, at least today, was.

5 thoughts on “The Hope of Raspberry Brambles”