So there’s this thing.  A term of art that apparently everyone (who’s anyone) knows what it means and its relative import (very) in the scheme of things.  There’s even a mediocre-to-bad movie I cannot bring myself to watch. 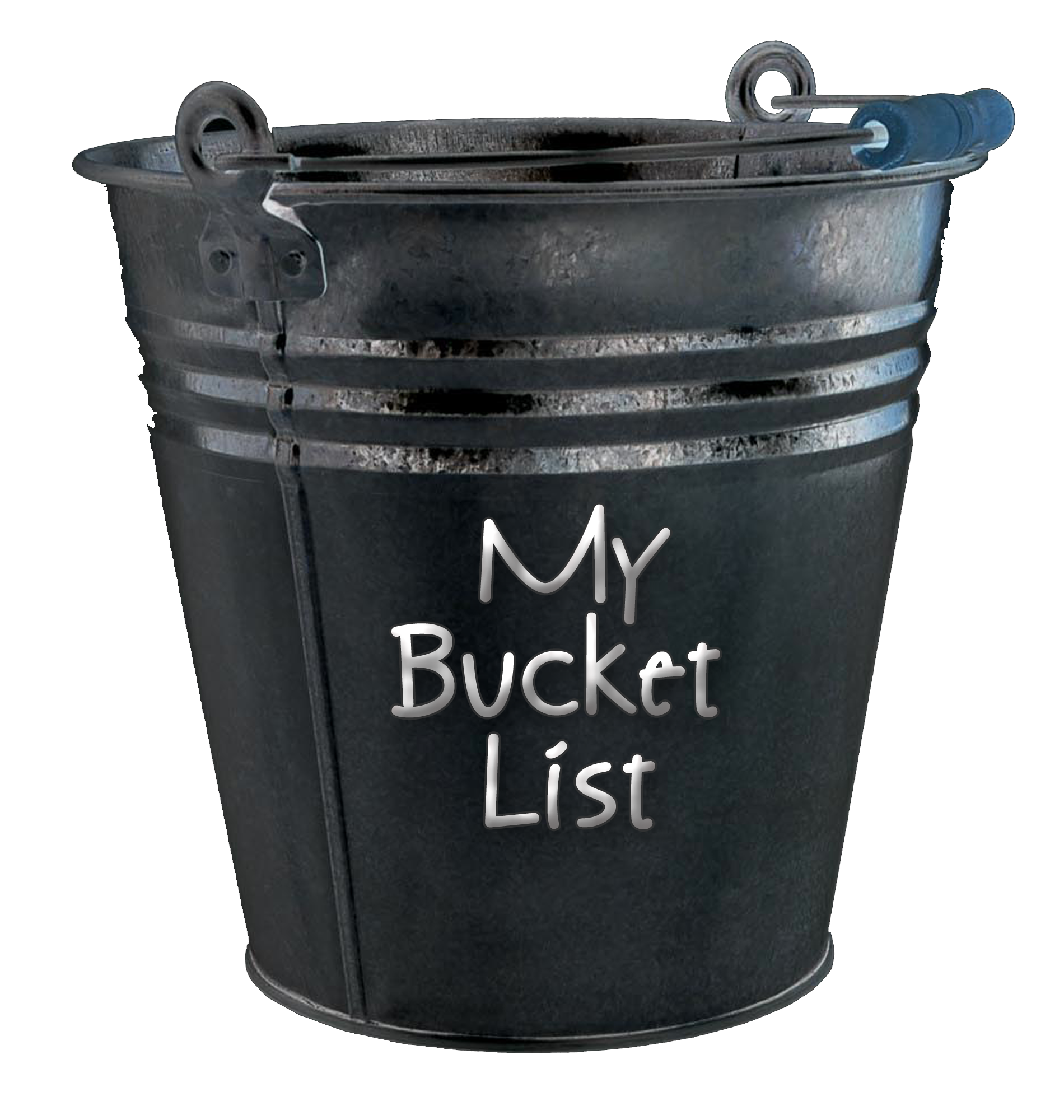 According to June Thomas at Slate.com,

In 2004, the term was used—perhaps for the first time?—in the context of things to do before one kicks the bucket (a phrase in use since at least 1785) in the book Unfair & Unbalanced: The Lunatic Magniloquence of Henry E. Panky, by Patrick M. Carlisle. That work includes the sentences, “So, anyway, a Great Man, in his querulous twilight years, who doesn’t want to go gently into that blacky black night. He wants to cut loose, dance on the razor’s edge, pry the lid off his bucket list!”

Interesting enough.  But right now, even though a Google search has helped me to establish the likely origins of the phrase and given me more insight into its place in the Zeitgeist, mostly what I want to say is

Yes, the concept sappily pulls at our heart strings — the not-so-great movie is about two older men breaking out of a cancer ward in order to, before they die, do things have never done before.  I mean, who is going to be a Grinch about that?

There are several web sites that are vehicles to help any one of us to create a bucket list — from our own ideas, or inspired by items on other people’s list — and then to track our progress.  As one of these web sites promises, you can “achieve your life goals.”

A bucket list of EXPERIENCES is better than the accumulation of THINGS.  It does have that going for it.

PROBLEM #1: Yet there is still the whole aspect of intrinsic materialism here — let’s turn life into goals that can be measured and achieved (and likely, lots of money spent and planet resources consumed “on the journey”).

Though most of us (at least those who are sighted) can see  a sunset without much financial cost, I am pretty darn sure it costs beaucoup buckaroos for most of us to see the Northern Lights (or swim with dolphins or “see Egypt” or what have you).

PROBLEM #2: Another pet peeve I have with this bucket-list-sh*t: its focus on the future.  It’s wicked hard to stay in the now if you are trying to check off the next item on your list.

PROBLEM #3: the striving for more.  The seduction of status-seeking: cool items to check off the list and competitively comparing progress (“How many do you have left? I’ve already done __________”).  There’s a Tumblr that is actually called “the perfect bucket list.”  Yes, in case you didn’t know, perfection is possible.  And if your list is not like this one, made of contributions from folks around the globe, well, then, yours is flawed.

PROBLEM # 4: One more thing to add to my crank list. Bucketlist.org asks, 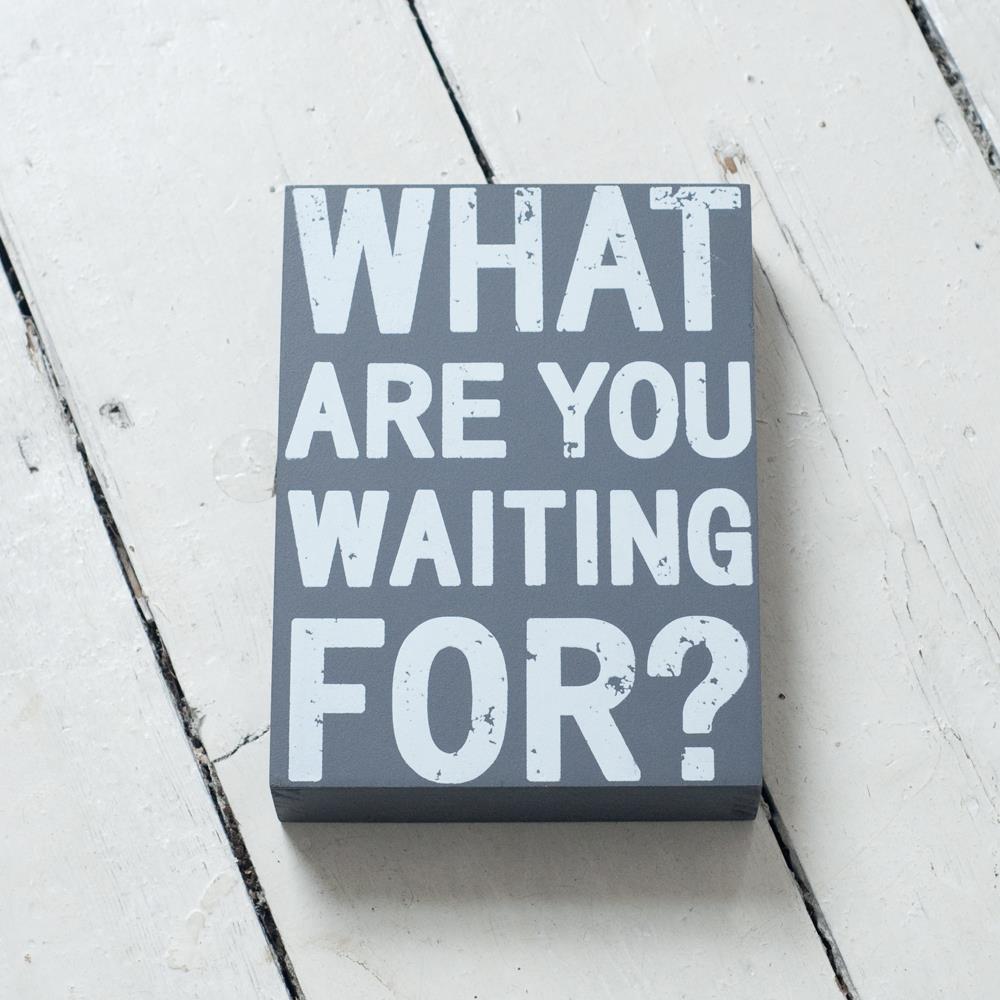 As if most people who are compelled to create such a list are just lazing about, passive, unknowing, and just need a little kick start from a web site.  There’s a built-in judgment that life is not fully lived until one a) creates a bucket list and b) checks off most or all of the items on it.

For instance, the thing that might have you “waiting” could be a cancerous tumor ravaging your body from the inside out, swelling your right arm and fingers, chemotherapy having burnt itself out, malignant rash extending further and further.

Maybe, just maybe, you are “waiting” for a miracle — which is otherwise, in this case, called a moment — without debilitating pain, to get out of the recliner that has been moved into the room with the best sunlight and playful shadows dancing on the walls.  Maybe while you are waiting, you have the salve of companionable friends telling terrible jokes and laughing nonetheless because they love you and sometimes laughter is better than tears (though not always).

Maybe, the waiting is not actually waiting, but is choosing to be with what is here now, even if that is grief.  Grief at what is already lost, what is being lost, what will go undone, interspersed moments of appreciation for what was and what is.

There is a sunrise and a sunset every day and you can choose to be there for it. You can put yourself in the way of beauty.

At the risk of being too trite, I think there is something wise and true here.  Certainly something wiser than any bucket list.  So here’s my advice:

Instead, put yourself in the way of beauty.