Our bodies are deeply miraculous. And, of course, deeply bound by a natural order that science reveals to us more and more. Both at the same time.

The other night, I woke myself from a nightmare. As I did, I found myself frozen with fear.

Literally, it seemed. Though really, it was coincidentally, for my consciousness had woken myself to escape the villain of my bad dream.  Yet I discovered my body in the paralytic state which our REM sleep induces – in fact, requires – so that we can experience dreams without enacting them.

I could not move anything other than my eyelids.

I know about this paralytic state because my son, who has had a lifetime of challenges to restful sleep, suffered from night terrors when he was little. Never a big fan of complex medical terms, what I learned was that his sleep cycles were disturbed by some internal mechanism that was not working quite right.

About an hour and a half after he fell asleep, almost like clockwork, this dear one would experience something like a dream, but not really a dream. That mechanism that wasn’t working quite right? Well, it didn’t paralyze him, as it does during the sleep cycle when dreams typically occur. It didn’t let his body stay in place while his mind was actively dreaming.

So he would roam.

Sometimes his roaming was unremarkable, his countenance relatively calm. Perhaps sleep-walking is a better descriptor for those times. Yet, more often than not, he was insistent on things perceivable only to him. He was agitated. He was loud, sometimes with intelligible words, sometimes with animal grunts.  As his mother, this was, to say the least, alarming. His eyes would be open, but I assure you, he was asleep. He was asleep, responding to internal stimuli, usually of a not-so-pleasant nature.

I was advised by my son’s doctor that it was a bad idea to wake him. Not just a bad idea, but a harmful one. “Whatever you do, let it run its course.”

So I learned how to attend to my son, to hover around and near him, but not to interrupt him. Sometimes, I would try to be near him at the appointed hour, to see if I could keep him in bed. On occasion, this would work.

Most of the time, however, he would bolt straight up and wander out of bed, unstoppable. There were times when I could not just follow him, but needed to divert him – more than once he tried to leave the house. One time, when I held the door closed, he was unaware of what was impeding his way.   He was so hysterical; I sobbed, as thwarting him seemed, at least to him, cruel.

Totally randomly, and much to my relief, I learned that if he peed –yes, peed while he was asleep – he would wake, gently. He would become compliant, allowing me to lead him back to his bed, where he would then sleep the rest of the night.

My hovering took on a new form of attention – looking for opportunities how to introduce the need to urinate. It worked…more often than not. What a strange blessing, one I could never have stumbled upon in a textbook, or medical self-help web site, or from the annals of my own experience.

Another minor miracle for which I am thankful, even all these years later. 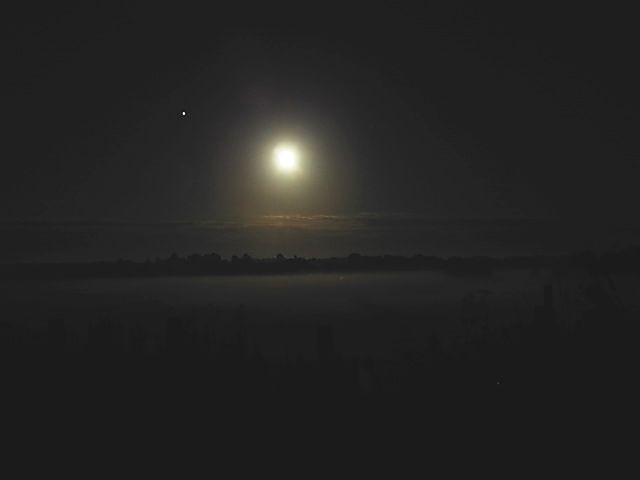 2 thoughts on “Middle of the Night Miracles”