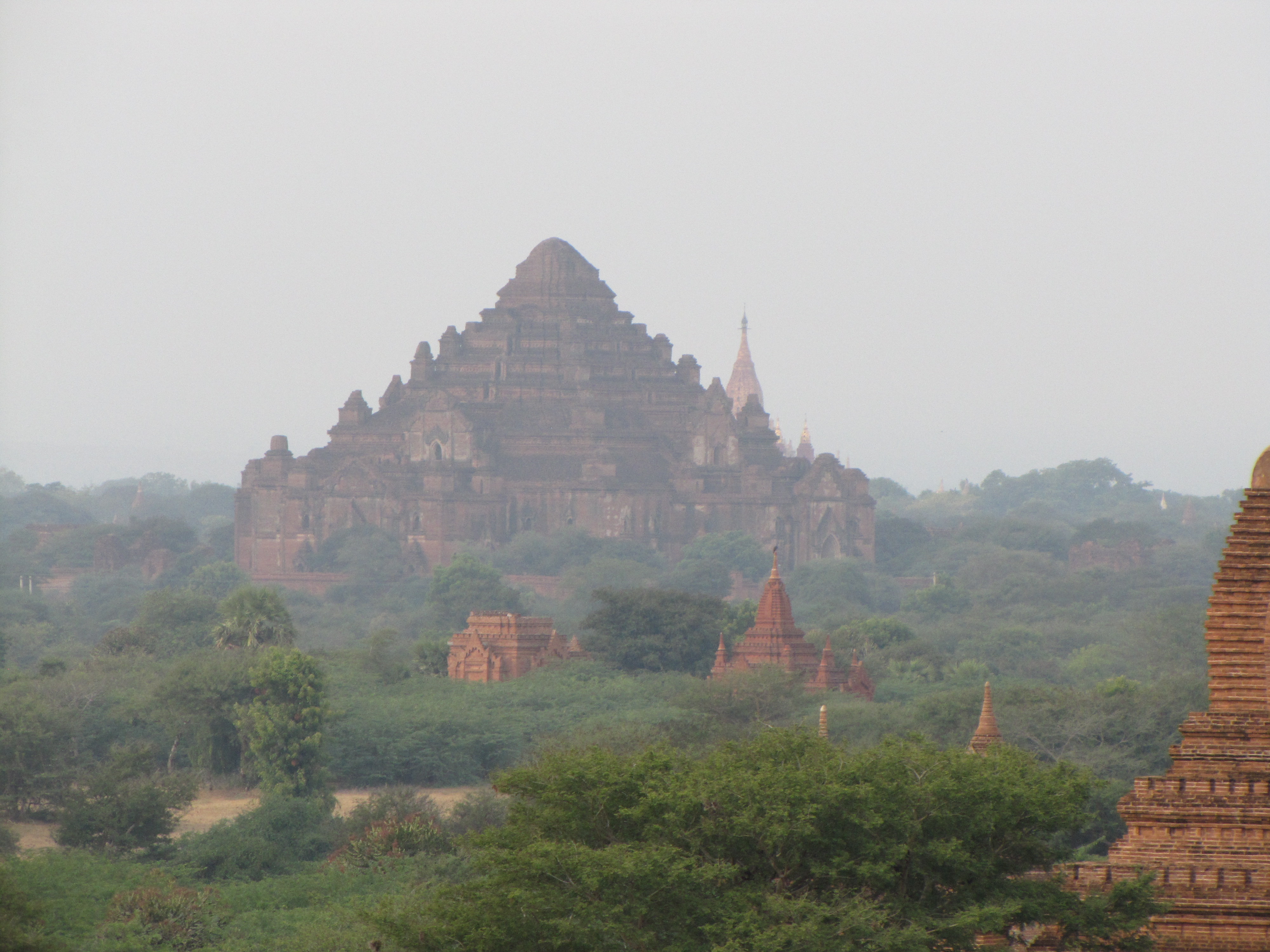 While in the stunning Bagan region of Myanmar, the ruins of a kingdom that exalted from the 9th to the 13th centuries, we visited Dhammayan Gyi Temple. Our guide described it as a temple that will not be restored because of its history. Why? you might ask.

Well, the story presents itself like a Burmese version of MacBeth, at least to my Western ear. King Naranthu, before he was king, was a younger son of the sitting king. Greedy and power-hungry, he first killed his father, then later his older brother – all in the same temple. At some later point, he killed his wife, the queen. She was originally from some kingdom in India. When her father heard of her murder, he sent eight assassins, who ambushed King Naranthu — where? yep, you guessed it – in the temple.

As if that weren’t enough to consider the temple cursed, King Naranthu, while still alive and still power-hungry, proclaimed that the temple would be built into the largest temple ever. He must have been attempting to accrue merit to counter all that bad karma (which is the reason modern people won’t restore it — they don’t want that to rub off on them, or so we were told). 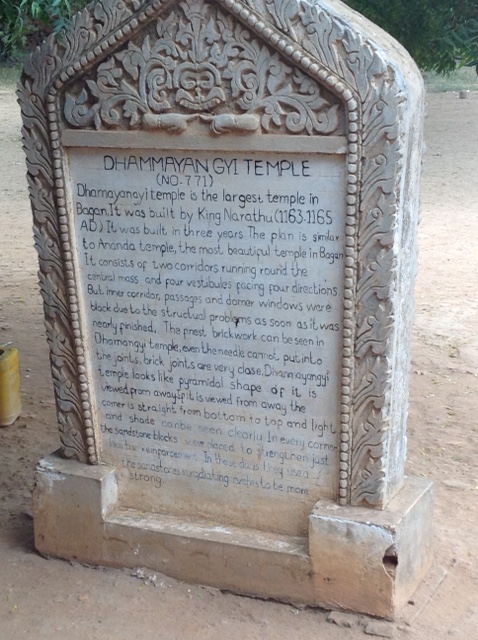 However, the curse or karma was still in force for ole Naranthu, because the walls to the inner chamber, with their four open archways to the four directions, began to buckle and crack. So quickly, the laborers, at the king’s behest, fortified the walls by closing the archways and enclosing the inner Buddha.

Walls in these huge temples can be ten or fifteen feet wide. Archeologists have not opened any of them in this temple. So that Buddha, from the 11th century, remains enclosed, not seen by human eyes for a millennia.

Though there were no snakes in this temple (of which we were made aware), there were plenty of jokes about Indiana Jones and the invocation of this Temple of Doom. It certainly helped such quips that one of the leaders of our trip acquired a rather dapper hat that invoked the Harrison Ford movie character. Yet it is our cultural location and bias that sees this story through that lens. Maybe this isn’t a Burmese version of Indiana Jones or MacBeth.

Maybe, in fact, and particularly given the chronology of world history, Shakespeare’s masterpiece is an English version of Naranthu. 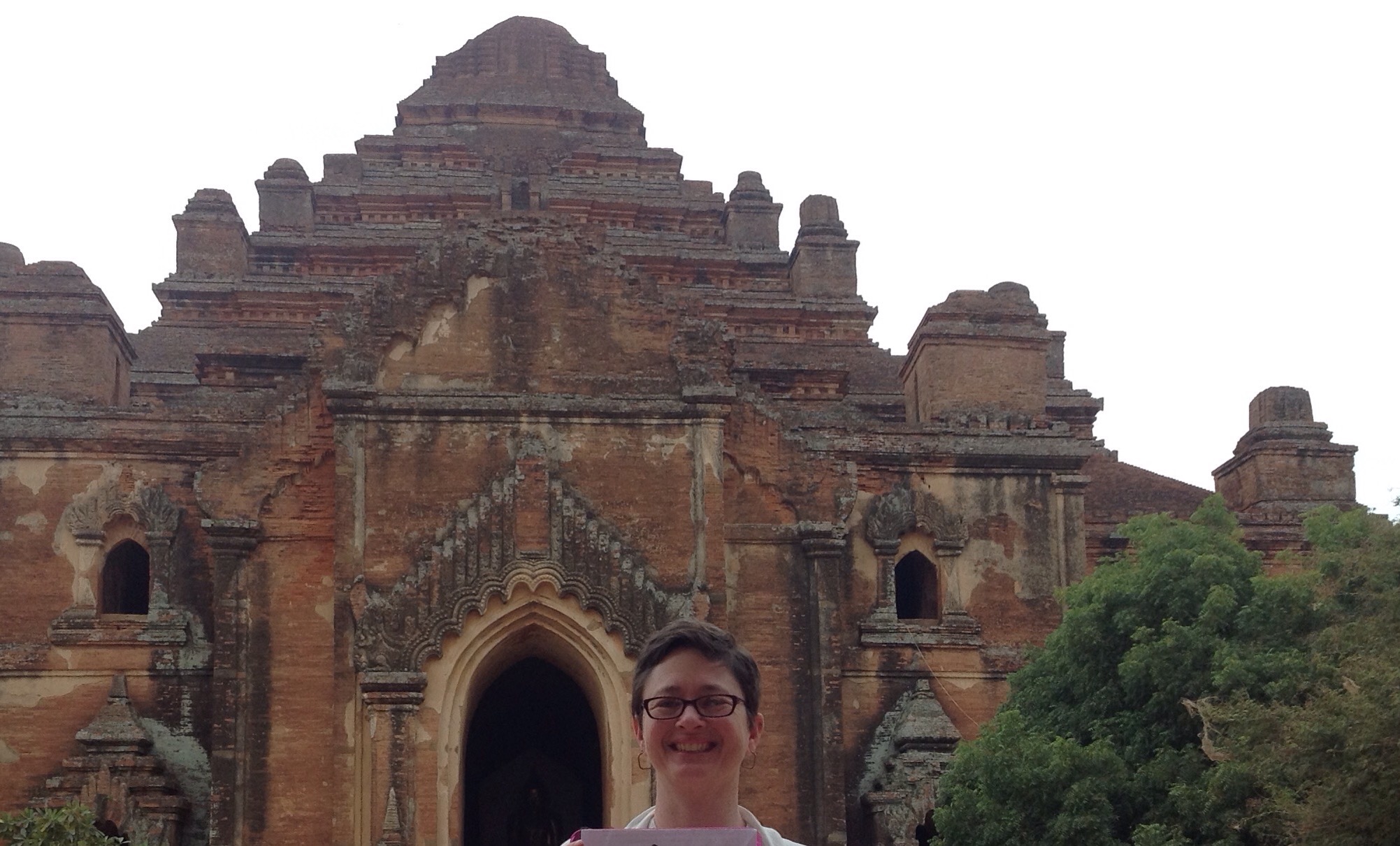