We long for a clear, identifiable fix.

Something that we can advocate for – it might not come tomorrow or next week, but we can name it now (like body cameras on police officers, like grand juries that are not racially biased) and work towards it.

These are technical fixes, problems that can be solved (sometimes with the involvement of experts) because the solution or the theory of the solution already exists. The problem is clear and the solution, and its implementation, though it may be difficult, is also clear.

If we find a new training protocol, we will end police brutality.

We so wish that it would be that “easy” (and I know it is not easy, but it is easier than the alternative) that we act like it is – at least those of us with privileges that protect us from the harsh reality of how race works in this nation.

(By “we,” I think I mean “we as a society”. Or maybe prevailing voices in society. Maybe it’s just we who experience cultural privileges – be they racial or gender or class based. I want to be careful here of not speaking for all, because when anybody does that, it usually silences some.)

Ron Heifetz says there are two types of challenges and response when change is necessary. One is technical, as I described above.

Collective intelligence of all stakeholders. This should not surprise anyone who understands that we are part of an interdependent web of existence that requires all to participate in the ongoing creation of our lives together on this planet. For those of us who are Unitarian Universalist, this is our fifth and seventh principles in action.

Adaptive solutions make me think of the framework that Joanna Macy has constructed for The Great Turning. I have written about it here. 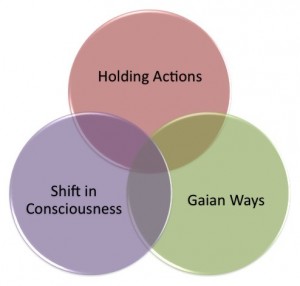 First, there are Holding Actions. Their aim is to slow down injustice and the damage that comes from it. They may be legislative in nature, or fall into the realm of social activism.   The second sphere is “Gaian Ways,” both newly emergent and ancient ways of our collective lives together. It is generative and feeds the life force. The third sphere is a Shift in Consciousness. It is bringing Spirit to bear on this mighty endeavor, transforming our engagement with the interdependent web of all existence.

Macy applies this framework primarily to ecological and environmental activism, which cannot be divorced from other great justice struggles. Some of the best justice-oriented environmental activism has started in communities of color. Yet, at least to my knowledge, when using this framework, it has not been discussed, or discussed widely, from an intersectionality (where cultural identities and oppressions overlap or intersect) approach. I want to attempt to apply it here, to this travesty and challenge of racism in all its forms, particularly racialized violence, racial privilege, and systemic discrimination.

Holding Actions  This is some of those technical fixes listed above: body cameras, new training on proper conduct (though, as this former police officer says, sensitivity training doesn’t make a difference), DOJ investigations, as well as tracking.  This is ensuring our trans* siblings are protected from discrimination and violence, as this disproportionately affects people of color.  So, too, in this category are the people marching in the streets, saturating the Twitterverse and other social media outlets with images and actions, demanding change, demanding that we pay attention to these miscarriages of justice and the possibility that the justice system is doing what it was 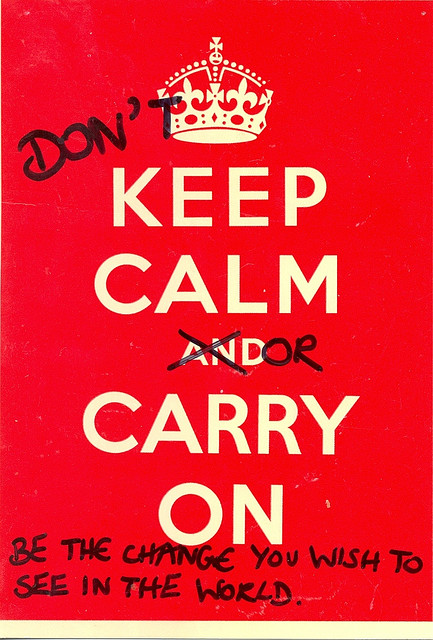 designed to do because it is, at its root, inherently a racist structure.

These are absolutely necessary, and yet they are not enough without the other spheres. Not everyone is temperamentally made for this sphere, though it is important to understand that this sphere is utterly necessary, even if it’s not your thing. If it’s not your thing, it’s important to listen – not to explain away, or to tut-tut, or to question the levels of rage, but to listen, to imagine what if it were your child.

Gaian Ways  This is living the Future we want right now. This is Be the Change You Want to See. This is attending to library holdings so that they are multi-cultural. This is reparations. This is enacting restorative justice circles that look to accountability and redemption, not punishment and generational transmission of disenfranchisement. This is Van Jones’ old work to marry the Green Economy with young people of color to thwart the prison-industrial complex. This is increasing our religious literacy and attending houses of worship different than our own, that we might know one another. This is urban planning and banking practices that proactively support mixed cultural communities.  These address systems bias.

Shifts of Consciousness   This is naming our cultural differences out loud, celebrating them, not turning our perception away from them, as well as owning our privileges and using them to create fairer systems for all.  For those of us in predominantly white communities or congregations, it means moving beyond solutions that try to make “our” groups “more diverse,” conflating diversity in our membership with power in leadership or culture. It means this is still our work to do even if there are few or no people of color. For those of us with racial privilege, it is using mindfulness tools to put a pause between the socially constructed racist thought/image and our attitudes and reactions that are often informed by those, but need not be. (Here’s a great article that suggests mindfulness and meditation might be one of the ways we can shift consciousness around oppression-saturated thoughts.)  This addresses individual and community bias, though there need to be so many other ways of doing this deep, discomforting work.  This is turning an awake eye towards injustice, rather than an unseeing one. This is living not by the golden rule, but by the platinum one. 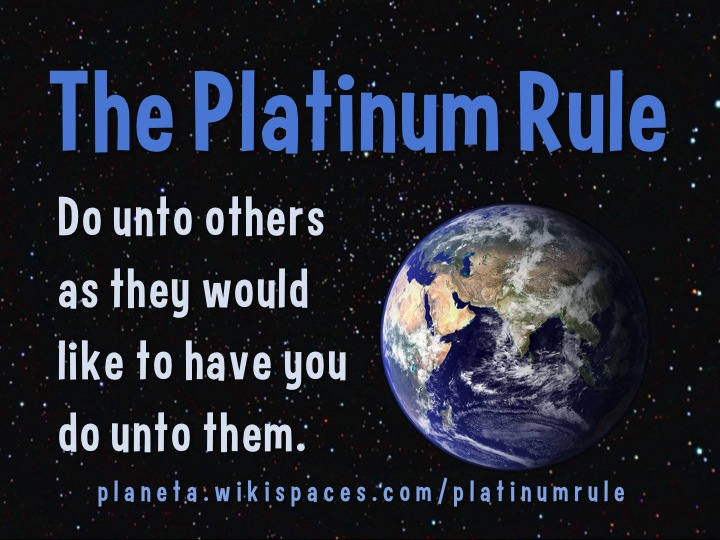 I just saw a tweet from someone that said, “If you ever asked yourself what you would have done if you were alive during the civil rights era, well… now’s your chance to know.” This is it.

We each must find a way in to be a part of the Great (Racial Justice) Turning.

If you are Unitarian Universalist, our faith calls us to be a part of this Great Turning, it calls you and me to do more than affirm the inherent worth and dignity of all in our hearts. It calls us to do so in heart and deed. Now.

I conclude this post with the bold words of the UU minister, Tom Schade:

In today’s context, it is the duty of UU ministers to lead congregations into the social movements against racism, even if it makes some members of those congregations angry or uncomfortable. The call of conscience and the demands of religious conviction are often disruptive of our comfortable opinions. That’s the 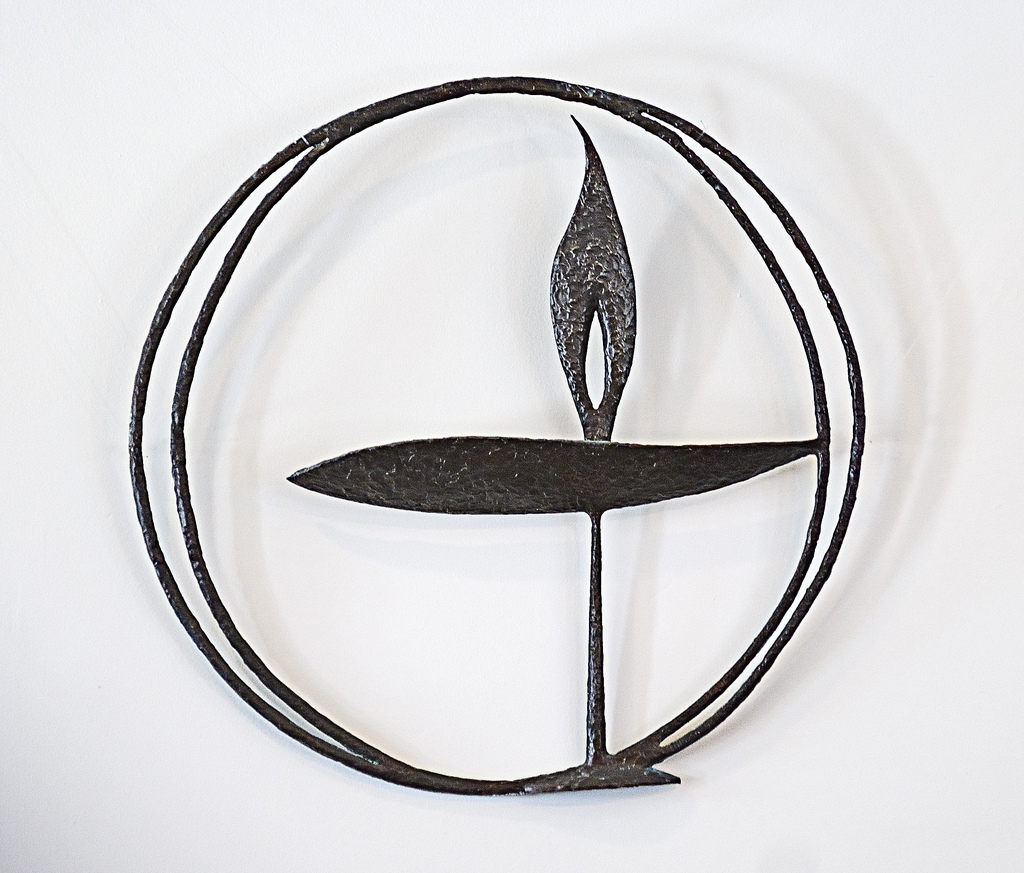 point of having them.

So, if what I do seems unwise, or incomprehensible, or even appalling, may this be a time of creative tension and confusion for you. Light your chalice, and by its light, reflect on your priorities, your values, and your deepest loyalties. May this be a time of deepening faith and commitment.