In just over a month, I depart for Burma.  Or Myanmar.  Same difference. 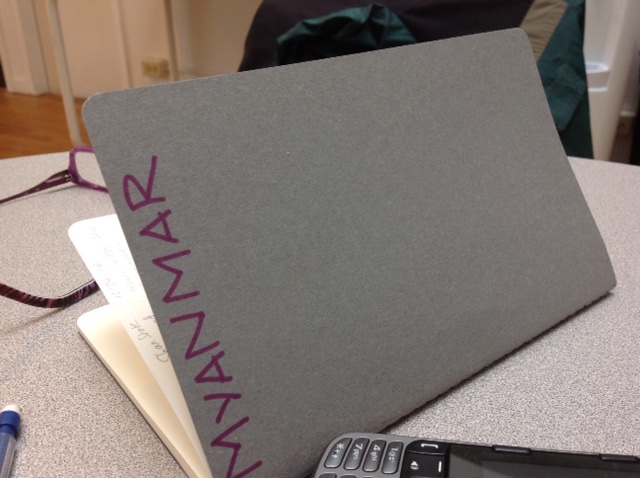 At least that’s the answer I get from the couple of people with whom I have talked who are from there.  Given my left-leaning politics, I picked up that (at least in the United States) to say Myanmar is a kind of endorsement of the military government and its repression.  To say Burma is to show support for the democratic spirit, represented most visibly in U.S. media by Aung Sun Suu Kyi.  I always found it confusing because Myanmar was chosen by the people who came into power after the imperialist Brits were pushed out and that Burma was more of a colonialist moniker.

So I ask, “Is it Burma?  Or Myanmar?  Is there a difference?”  I hear these warm, kind people who are helping me learn about their home use both and as far as I can discern, interchangably.  Each has said, it does not matter.  And these two people do not represent the majority — neither is Buddhist nor Burmese, the largest and most powerful ethnic group in that nation.

My course, called “Walking the Path of Non-Violence in Myanmar: Christian-Buddhist Dialogue” includes nine students and two professors.  Two days of air travel there and two days of air travel back with twelve days in-country.  I have never been to this part of the world (North America, Europe, East Africa, Cuba, even Leningrad when it was still Leningrad, but nowhere near this corner of the world).  There has been much for me to learn and still much for me to continue to learn. And to do.  And there is much to plan.

For one thing, I plan not to eat anything that makes me sick.  I know this is common sense but I broke that rule when I was in Cuba.  I drank some garapa I bought from a street vendor. I couldn’t resist.  I was feeling adventurous.  I was walking the streets of Habana alone and didn’t have a more mature voice to talk me out of it.

I seriously sickened, missed out on going to the complex system of caves (Gran Caverna de Santo Tomas) that was going to be the highlight of the trip, and ended up taking a cocktail of antibiotics when I got home.

In terms of the upcoming trip to Burma, I also plan on bringing books.  For much of our time there, our hosts are two different Christian seminaries.  (We will also spend three days in a Buddhist monastery.)  One seminary is in the capitol, Yangon.  The other seminary, a much smaller one that serves the ethnic minority group, the Kayin (formerly known as the Karen), is outside Yangon. 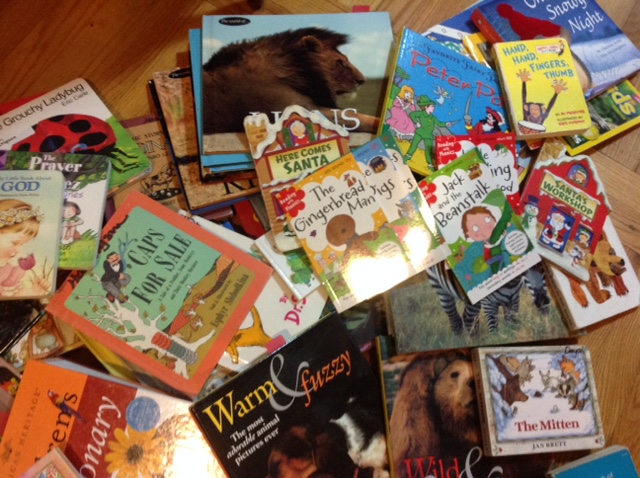 The larger seminary has requested that we bring both theology books and children’s books.  I have culled my own shelves and those of my friends for the former.  And for the latter, I have been the recipient of great generosity from members of the congregation I am currently serving.  Fro 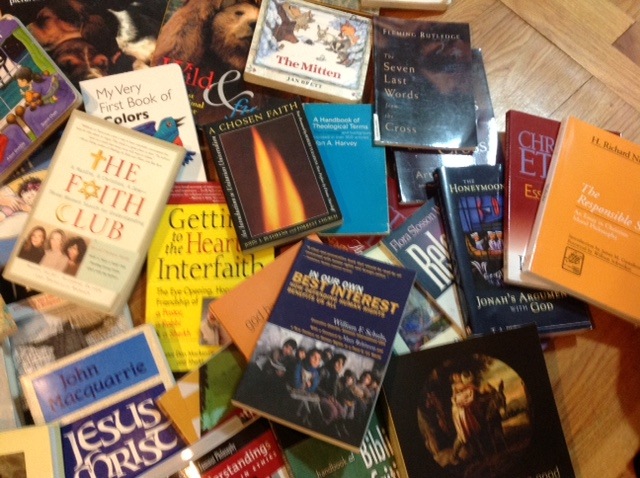 m them, I have collected over forty pounds of children’s books!

The theology books come primarily from two households of people who have been in seminary too long and are ready to be done (my friend Anne and myself).  The thoughtful, warm Lun, who is a member of the Peacemaking Program at Hartford Seminary and who agreed to meet with me earlier this week to talk about her homeland, suggested that we bring as many interfaith books as we can.  So we got some mixed in there.

In a few weeks, I am going to attend a lecture by Eboo Patel, rockstar of world-wide interfaith engagement.  I wonder if he and his awesome organization, the Interfaith Youth Core (of which my awesome nephew is a member in Chicago) might be willing to donate just a few books for us to bring over to Myanmar.  Talk about a place that needs all the support it can get for interfaith engagement!  Wouldn’t that be beyond cool?